Another Mountain to Climb

Isabella Wang ascends Danny Peart’s Another Mountain to Climb and likes the view from the top. “These poems reveal tenderness, sensitivity, and our collective need to honour, remember, and be remembered,” she writes. — Ed. 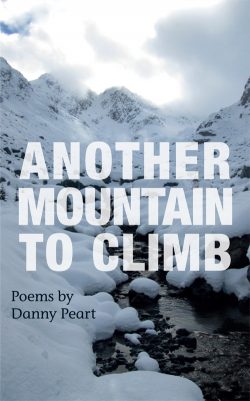 Danny Peart’s third book of poetry, Another Mountain To Climb, is an open window into Peart’s exhilarating excursions up the peaks of Grouse Mountain and Kilimanjaro. One simply has to open the book to coloured photos of snow-laced mountain tops and lush, free-falling waterfalls to know where Peart has been.

Yet the title refers to more than just the natural world. The book is about opening up space and making room for the people, food and natural beauty all of which surrounds Peart daily. Here is an an invitation into the life of a personal trainer who tries to be professional, but at times fails; a son who becomes a husband and father; and most of all, a poet who urges his readers to be mindful and to act out of love.

Beautifully interwoven with his own poems are bright and vivid photos of friends, family and mountains, as well as the words of other poets who have had an influence on him, including those of Gina Hay:

Make a list of important things to do today.
At the top of your list, put “eat chocolate.”
Now you’ll get at least one thing done today.

Peart’s sweet tooth is a reoccurring subject matter in these poems. Chocolate seems to follow him everywhere: on hikes, while shovelling the snow, and even in yoga class, where thoughts of sweets and chocolate (and romance) haul him out of his daily meditation efforts. We later learn that his craving for dessert traces back to his mother and the many hours she spent in the kitchen, making decadent cakes and tarts, although being diagnosed with “adult-onset diabetes in her early fifties/ does not exempt her from making us desserts.”

At times, Peart reflects on what it’s like to be a poet, to wake up before everything else at dawn when there is “Not a sound from the birds, until/ the first breaks of silence,” or to arrive home at “8:00 am/ all the humans in my house, asleep.”

He ponders a poet’s poverty, musing that his wife, Janette, “Stayed by me/ [even] when I was called to the poethood/ and all of my plans/ of financial success/ vanished.” In turn, her love is revered through his promises to her: “To come to you/ no matter where or when/ I’ll answer,” and in his statement: “I sold a book of poems/ when the cheque comes, I’ll buy fresh bread/ and a small, delicate orchid.” 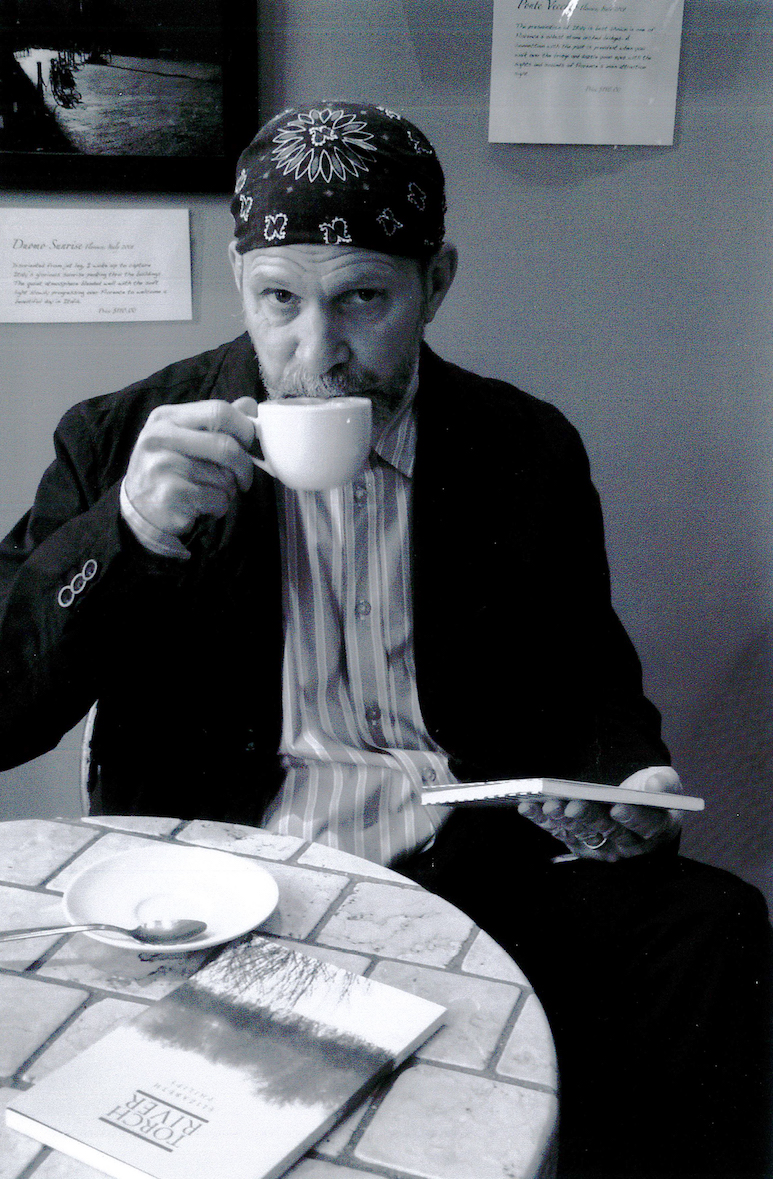 The poems are written in free verse except for one, which Peart writes in rhyming quatrains — on the very subject of him attempting to write a rhyming poem. It ends with Peart concluding that although none of his heroes (Raymond Carver, Al Purdy, Patrick Lane) played with rhyme either, he’ll happily “Raise a glass to old Shakespeare/ if the rhyme will please my father.”

In his synchrony of poems about his father is an elegy to mark the passing of his friend Ed, as well as two loving tributes to Glenn Urquhart, a deceased fitness client who became more than a client. Peart also pens a letter to Brutus, a friend in prison. “If you, brother, are in prison, I am too.”

Peart’s writing shows a joyful exuberance even through he himself is aging. He reflects that:

If we are luckier still, we can grow old with fine companions.
Someone who will not scold us when we fall over
trying to put on our pants.
Someone who loves us even though we don’t listen very well.

In contrast to his poems on nature, in which we can almost picture him trying desperately to capture what he sees into words, he lets the people in his poems speak for him. Comprised of quotes taken directly from those whose words have touched him, these poems reveal tenderness, sensitivity, and our collective need to honour, remember, and be remembered.

Throughout Another Mountain to Climb is a juxtaposition between youth and age. Peart moves through seasons and time and celebrates what is new and what is passing. From the arrival of blossoming daffodils each spring to the ripening of tomatoes, to reflections on his young son and to a portrait he paints of himself as child with his father, accompanied by a photo of him blowing out candles on a cake, the poems are written out of love and in celebration of those who have arrived and passed through his life.

A careful reader can also derive a deep set of morals from these poems, for example from these wise and daunting lines:

My brother,
impatient with his slow guide, tried to pass him.
Didn’t realize that a first-time climber
couldn’t know the trail turns needed
to make it all the way.

And also from a poem showing Peart in his earlier years on his birthday, faced with his father’s reproach that “passing a knife could lead to sharp words between us.” Instead, Peart chooses to listen, reasoning that:

Parents and poets and friends may try
to tell you what you should or shouldn’t do.

Their advice is worth a listen
if it comes to you through love.

Peart’s poems stand as a reminder to all readers that they are loved. “Even after you cross 70/ this poem will fold around you in winter with a warm embrace.” His poems on love and falling in love — and loving those who are gone – assert that anything done out of love is enough. 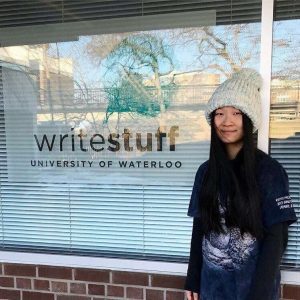 Isabella Wang is an emerging Chinese-Canadian writer from Vancouver. Her poetry is published/ forthcoming in Looseleaf Magazine and Train Journal. At 17, she was the youngest writer shortlisted for The New Quarterly’s 2017 Edna Staebler Essay Contest. She is studying at SFU in the fall of 2018, working with Books on the Radio and interning at Room.