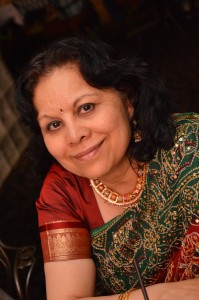 Born in New Delhi, India, store Bharti Saincher of South Surrey immigrated to Windsor, Ontario in 1967 as a young girl and grew up there. Having obtained a BSc. and BEd. degree in 1980, she married in 1981 and moved to Nanaimo, B.C. She worked in Winnipeg and Calgary as a school teacher prior to raising three children. Her self-published, 376-page cookbook, Pass the Masala: Vegetarian Indian Cooking Made Simple (Callawind Custom Books 2013) contains more than 200 recipes for both beginners and experienced chefs. HC $40 978-0-9879500-0-0