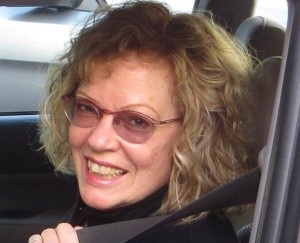 Raised on the West Coast, Maggie Bolitho of Victoria married an Australian and moved to Melbourne where she began writing fiction. She spent twenty years there before returning to B.C. in 2007 and living in North Vancouver for seven years. Her debut novel, Lockdown (Great Plains Publications 2014), depicts society’s aftermath following a mega-thrust earthquake that strikes the Pacific Northwest.

Her novel for adults, Outback Promise (HarperCollins 2015), profiles an Aussie couple, the Balfours, who are trying to save their marriage after their only child was killed by a hit-and-run driver six years earlier. Grady Balfour has been having an affair, so he and Ros agree to take a three-month camping trip into the heart of Australia to rekindle the fire or else to agree to call it quits. Their chasm of grief is as formidable as the Outback.

Maggie Bolitho compares the work of writing to that of a Border Collie; both require speed, concentration, focus, patience and persistence to get the job done.