After Yugoslavian and Iranian strife 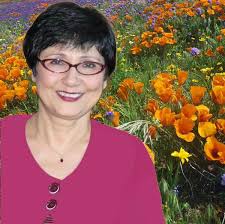 Nasreen Pejvack’s novel Amity (Inanna $22.95 2015) charts the life-altering friendship between two very different women who share their stories of wreckage caused by Yugoslavia’s dissolution and Iran’s revolution. The story resonates with Yugoslavian and Iranian politics and its effects on women. Payvand, an Iranian refugee and activist, still plagued with nightmares, meets a Ragusa, a Yugoslavian refugee whose pockets are loaded with stones ready to walk into the water and end a life that feels intolerable since the loss of those most dear to her.

Nasreen Pejvack was born in Tehran, Iran, where, pre-revolution, she worked as a writer and poet for an activist underground publication. She moved to Greece in the brutal aftermath of the 1979 revolution in Iran, and then, after nineteen months in Athens, she immigrated to Canada where she studied computer programming at Algonquin college in Ontario. After eight years in Ottawa, she continued her work in computers in Vancouver, then moved to California to work as a Systems Analyst for CNet Networks in the 1990s. With a degree in Psychology, Pejvack is now aiming for a PhD. in Sociology.

One Response to “After Yugoslavian and Iranian strife”