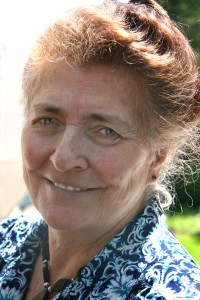 The heroic physician and psychiatrist Louise Jilek-Aall (at right), author of two books, has died at Mountain View Manor in Ladner, near her home in Tsawwassen, British Columbia, on January 4, 2022. She was born as Louise Aall in Oslo on April 21, 1931. She was likely the last living physician to have worked alongside Dr. Albert Schweitzer.

In 1959, Louise Jilek-Aall, after gaining her diploma in tropical medicine, worked for three years as a physician in Tanganyika (now Tanzania). In the Mahenge mountains of the Ulanga district she discovered that the people of the Wapogoro tribe suffered from a convulsive disorder, called Kifafa, which had an unusual high prevalence and family incidence.

Seeing the misery of these patients, Dr. Jilek-Aall founded the Mahenge Epilepsy Clinic in 1960. It continues to function in Tanzania; south east of Singida, in the miombo woodland bio-region, Morogoro Region of Tanzania, 289 kilometres from Dar es Salaam. In 1961, she also arrived unannounced at Dr. Albert Schweitzer’s jungle hospital in Lambaréné, Gabon, and gained further inspiration from him as they became like a father and daughter. 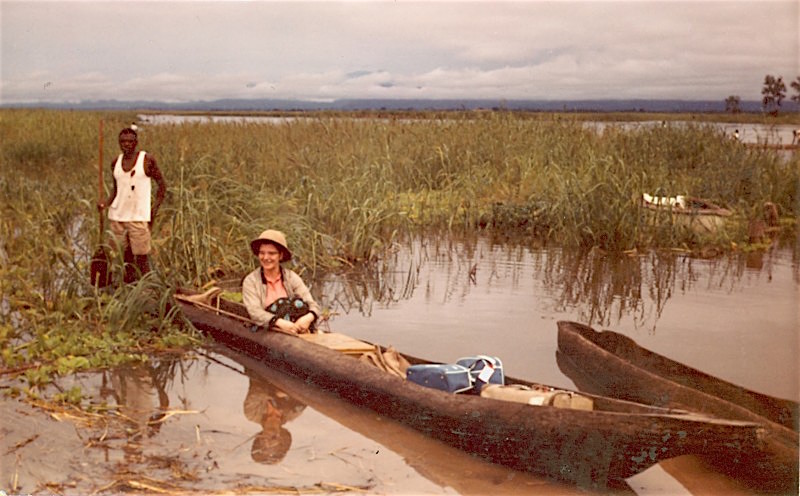 In 1954, as a medical student in Oslo, Louise Aall had been deeply impressed by Albert Schweitzer when he came to Norway upon receiving his Nobel Peace Prize. She went on to study tropical medicine in Zurich and, in 1959, to work as a doctor in Tanganyika. She subsequently received the Henri Dunant Medal from the Red Cross for distinguished service with U.N. forces during the Congo civil war in 1960. 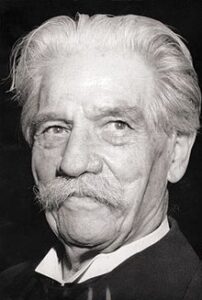 In 1961, when she arrived unannounced at Schweitzer’s jungle hospital in Lambaréné, Gabon, she nervously blurted out, “I want to learn how to extract teeth.” Almost 30 years later she recalled her apprenticeship with him in her memoir, Working with Dr. Schweitzer: Sharing his Reverence for Life (1990). “In my work,” she writes, “I am keenly interested in people who are role models and who serve as ego-ideals, especially for the young; but only a very few appear to be worthwhile models.”

She founded the Mahenge Epilepsy Clinic in the Mahenge mountains of the Ulanga district to treat patients and educate their families, mainly from the Wapogora tribe, and was soon known far and wide as simply Mama Doctor.

These people had never received medical treatment for epilepsy and suffered greatly from frequent seizures. Nearly all of the epilepsy sufferers were feared and shunned, even by their own family members, because it was widely believed that seizures were caused by evil spirits. They sometimes died from the burns suffered when falling into domestic fires or through drowning when fetching water or fishing in the rivers. 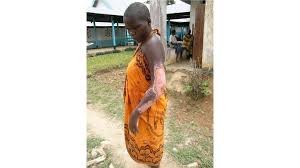 People with nodding syndrome often suffer burns and other injuries that result from their seizures. Photo courtesy Provision Charitable Foundation.

Dr. Jilek-Aall came to realize the abnormal prevalence of epilepsy from seeing so many patients arrive at the Catholic dispensaries for treatment of burns and other injuries suffered during seizures. At the Mahenge Clinic, patients and their families first were given education about epilepsy and its treatment. Treatment was commenced only when full cooperation by patients and their families had been established. Due to its easy implementation and cost effectiveness, the drug Phenobarbital was mostly prescribed. In other selected cases, Phenytoin or Primidon were used. About 200 ‘Kifafa’ sufferers were examined and treatment initiated during the first two years of the clinic. Due to Dr. Jilek-Aall’s efforts there, sufferers were no longer stigmatized or forced to live as outcasts.

Dr. Jilek-Aall continuously improved the Mahenge Clinic and initiated research into epilepsy with teams of specialists from Austria, Germany and Tanzania. They scientifically confirmed the existence of a unique form of epilepsy, “head nodding syndrome,” first described by Dr. Jilek-Aall in Mahenge, in the 1960s. Efforts have been undertaken to prove the likely source for “head nodding syndrome” is a parasite found in many tropical regions, Filaria worm (Onchocerca volvulus). 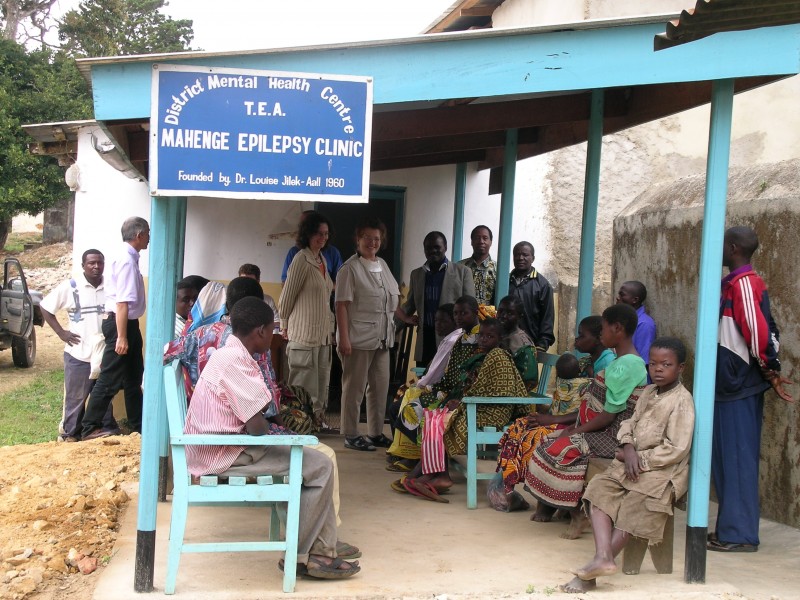 Also a trans-cultural psychiatrist and anthropologist, Jilek-Aall became a member of the UBC Faculty of Medicine in 1975. She spoke Norwegian, English, German, French, Spanish, Swedish, Danish and Swahili. Her remarkable bush doctor experiences were first recalled in the book, Call Mama Doctor (1979), covering the years from 1959 to 1979. Redesigned and enlarged with new chapters, drawings and photos, Call Mama Doctor: Notes from Africa (2009) covers the years 1959 to 2009. 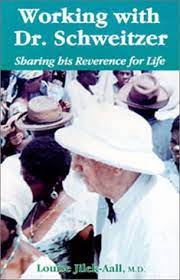 Louise Jilek-Aall’s books are almost unknown in North America. Too busy and self-effacing to describe her life in heroic terms or to pursue any marketing, her remarkable character was even less-acknowledged than her devotion to helping others.

After four years of interviews with her, the independent journalist Alan Twigg published a biography that tells her life story, Moon Madness: Dr. Louise Aall, Sixty Years of Healing in Africa. It, too, received little notice, but she received great comfort from knowing it existed, knowing her life story had been told.

In British Columbia, Dr. Jilek-Aall worked in psychiatric hospital and community mental health services and in private psychiatric practice in the Fraser Valley, and from 1975-1995 as an active member of the Faculty of Medicine, University of British Columbia, Vancouver, teaching and supervising residents and interns in hospitals associated with the university, and as consultant at the UBC student health service, until she became Clinical professor Emerita of psychiatry in 2012. 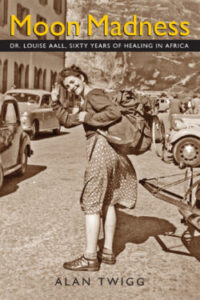 Dr Jilek-Aall has also served with the United Nations forces and the International Red Cross during the Congo civil war and received the Henri Dunant Medal and Citation of the League of Red Cross Societies for distinguished service.

After she officially founded the Mahenge Epilepsy Clinic in 1960, she conducted the joint Canadian-Tanzanian research project on epilepsy with a grant from the International Development Research Centre, Ottawa. In the years 2003, 2005, and 2009, she continued her research on epilepsy and its causes with a team of specialists from Canada, Austria, Germany and Tanzania, at the Mahenge Epilepsy Clinic where now over a thousand patients receive treatment. One of the results of this research was the confirmation of a separate form of epilepsy (“head nodding syndrome”) which had already been described by Dr Jilek-Aall in the 1960s.

Dr Jilek-Aall was a recipient of the Ambassador Award of the International League Against Epilepsy. Besides her epilepsy research, she conducted transcultural-psychiatric investigations in East Africa, the Caribbean, South America, Southeast Asia, Papua New Guinea, and among North American indigenous and ethnic populations. As a volunteer psychiatrist she also worked in 1988 in United Nations-supervised refugee camps in Thailand. 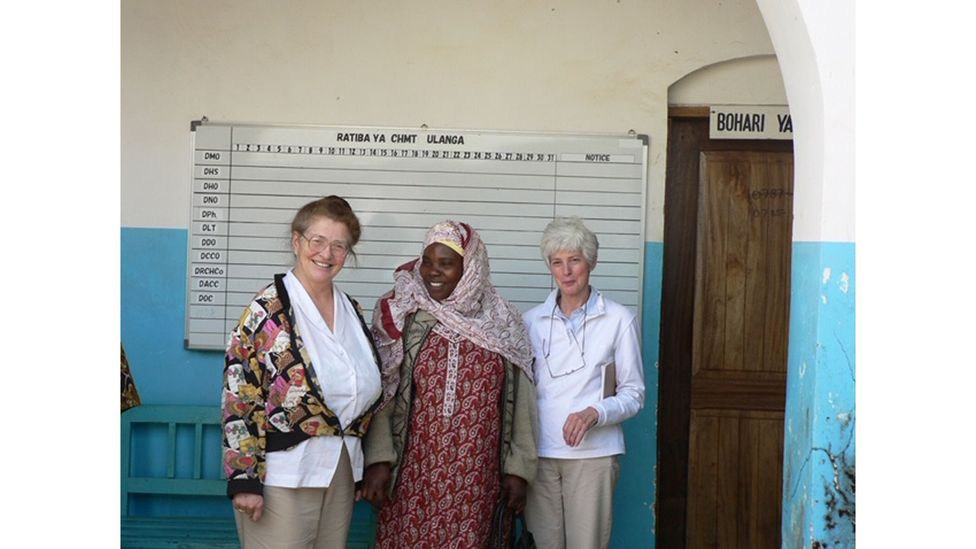 After she retired, Louise Jilek-Aall continued to work for the epilepsy clinic she founded, pictured here in 2009.

In addition to her books, Dr. Jilek-Aall was the author or co-author of 97 articles and chapters in scientific journals and books. She held guest lectures at universities and institutes in North America, Mexico, South America, Europe, Japan, China, Thailand and in Africa.

In 1963, Dr. Louise Aall married the Austrian physician Dr Wolfgang G. Jilek, who had accompanied her to Tanzania in that year. Shortly afterwards they immigrated to Canada; working together in Canada and overseas. Dr Wolfgang G. Jilek, psychiatrist and anthropologist, was also a member of the Faculty of Medicine of the University of British Columbia (since 1974). For many years they lived in Tsawwassen. He died in 2020. Their daughter, Martica Ilona Jilek, R.N., became a specialized clinical nurse; between 1992 and 2009, she accompanied her mother to Tanzania to assist at the Mahenge Epilepsy Clinic. She lives in Vancouver.

Dr. Louise was lovingly cared for until the end of her days by housekeeper Delia MacLellan, who had stayed working within the household for twenty-seven years.