Winners of the second annual Western Canada Jewish Book Awards have been announced in four categories at the Sidney and Gertrude Zack Gallery at the Jewish Community Centre in Vancouver.

Following the announcements, each of the winning authors  (except for Tilar J. Mazzeo who could not attend) read a segment from their winning book and answered questions from journalist Marsha Lederman.

​WINNER: Roger Frie – Not in My Family : German Memory and Responsibility after the Holocaust 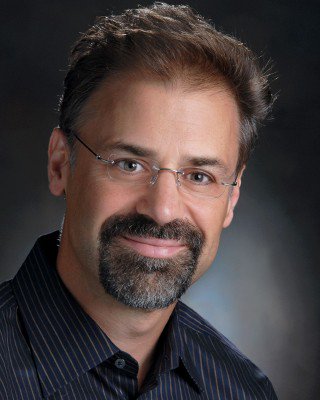 ​Psychologist and philosopher, ROGER FRIE, educated in London and Cambridge, is a Professor of Education at Simon Fraser University and  Affiliate Professor of Psychiatry at UBC. ​ ​As the son of German postwar immigrants who were children during WW II, Frie has examined how his grandparents were participants in the War, complicit with Nazism, and how this has influenced his own life and thoughts. He has explored the moral and psychological implications of memory against the backdrop of one of humanity’s darkest periods with Not in My Family: German Memory and Responsibility after the Holocaust (Oxford University Press 2017).

Roger Frie, a non-Jew, was also previously awarded the 2017 Canadian Jewish Literary Award in the category of history for his investigation of his family’s largely unspoken history. According to Erna Paris, “Roger Frie’s riveting exploration of intergenerational war memory and submerged guilt will be read as an instant classic.” Frie has also been Faculty and Supervisor at the William Alanson White Institute of Psychiatry, Psychoanalysis and Psychology in New York. 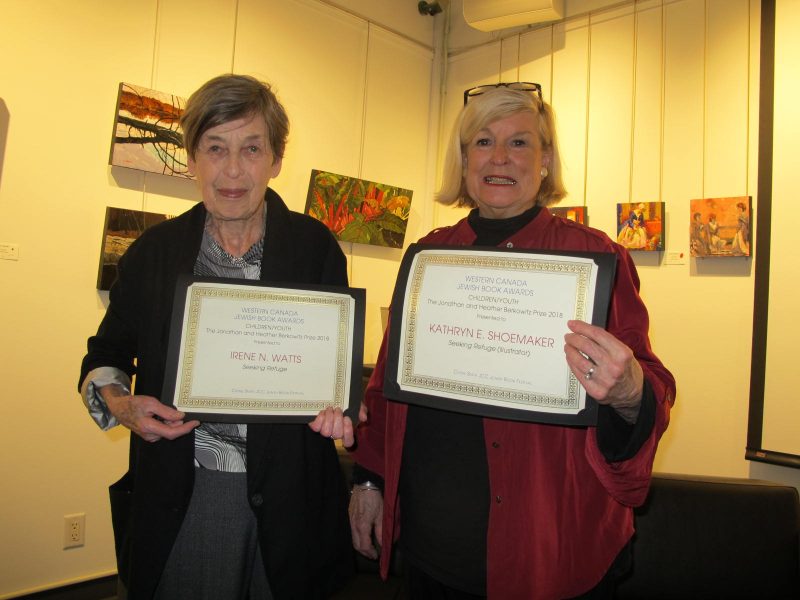 ​Seeking Refuge captures Irene Watts’ experiences when she was sent to England from Germany on the Kindertransport at the age of seven. This book previously received a $10,000 national Vine Award for Jewish Literature in Canada, presented by the Koffler Centre for the Arts, in the 2017 Children’s/Young Adult category. A graphic novel by Berlin-born Irene N. Watts (text) and Kathryn E. Shoemaker (illustrations), Seeking Refuge (Tradewind 2017) recalls how the Kindertransport initiative enabled ten thousand Jewish children to escape from Nazi Germany prior to the outbreak of World War II. Their story depicts the protagonist’s estrangement in England as a refugee, missing her family and needing to learn English. Previously Kathryn Shoemaker co-authored Good-Bye Marianne: The Graphic Novel (Tundra 2008), the first fictional installment of the Kindertransport exodus.

“I came to London, England, in December 1938,” says Watts, “as a seven-year-old refugee. When War broke out, I was evacuated with three million British children to the safety of the countryside, to Lanelly, S. Wales, where I was educated. I did not come to Canada with my husband and four children until 1968. Seeking Refuge is not my personal story, however it is based on the kinds of experiences many of the refugee children went through.” The year 2018 marks the eightieth anniversary of this rescue.

IRENE N. WATTS has written poems, plays, novels and non-fiction books. As a member of the Playwrights Guild of Canada, she wrote and directed plays for young audiences to be performed at schools.

KATHRYN E. SHOEMAKER is the illustrator of more than 40 books for children. She has broad experience as an art teacher, curriculum specialist, filmmaker, fund raiser and event designer. She teaches children’s literature at UBC.

Deborah Willis – The Dark and Other Love Stories

​DEBORAH WILLIS’ first book Vanishing and Other Stories, was shortlisted for the Governor General’s Award for Fiction and named one of the Globe and Mail’s top 10 books of the year. She lives in Calgary, Alberta.​ “The emotional range and depth of Willis’s stories, the clarity and deftness, are astonishing.”—Alice Munro .  The Dark and Other Love Stories announces the emergence of a wonderfully gifted storyteller whose stories enlarge our perceptions about the human capacity to love.

​TILAR J. MAZZEO is the author of numerous works of cultural history and biography, including the New York Times bestselling The Widow Clicquot, The Secret of Chanel No. 5, and nearly two dozen other books, articles, essays, and reviews on wine, travel, and the history of luxury. The Clara C. Piper Associate Professor of English at Colby College, she divides her time between coastal Maine, New York City, and Vancouver Island, BC. 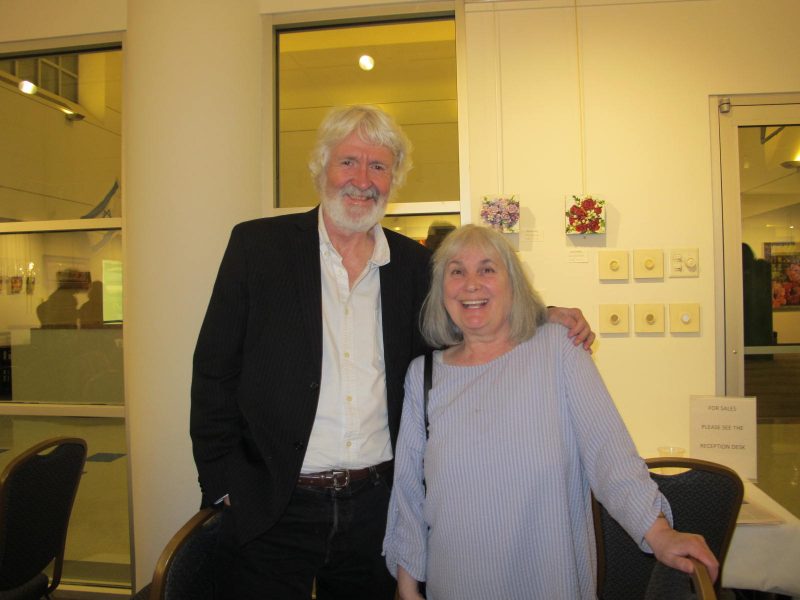 Dana Camil Hewitt, Director of the JCC Jewish Book Festival, concluded the awards event by thanking the sponsors, the judges, the awards committee and the audience.

The Western Canada Jewish Book Awards are part of the Cherie Smith JCC Jewish Book Festival in Vancouver. This initiative is designed to celebrate excellence in writing on Jewish themes / subjects and showcase the achievements of authors who reside in West of the Ontario/Manitoba border, including the Northern regions. The Awards aim to recognize these writers’ contribution to Jewish culture by. For the 2018 awards, books published in 2016 and 2017 were accepted. 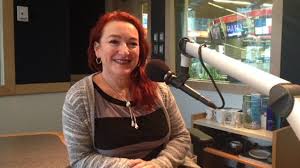 The Cherie Smith JCC Jewish Book Festival is one of Vancouver’s leading cultural and literary events, attracting a large and varied audience of over 5,000 people of all ages. This highly popular community-wide event brings together prominent and emerging Jewish writers and non-Jewish writers with Jewish interest subject matter in literature, the arts, philosophy, theology, history and current events over 5-6 days in November, which is Jewish Book Month. In 2018, the 34th annual Cherie Smith  JCC Jewish Book Festival will take place between Nov 24th-29th.