Brewed left, in the Kootenays 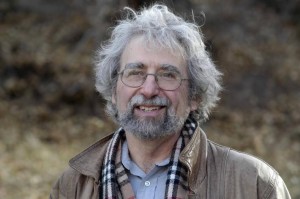 There were 168 books submitted to this year’s Scotia Bank Giller Prize. All twelve of the longlisted titles are from publishing houses in Ontario. All but one of the longlisted publishers operate in Toronto, where the dinner is held; the lone exception was the Biblioasis imprint based in Windsor.

It was much the same last year. You would think all Western Canadian publishers would boycott.

With Tom Wayman’s new collection of stories entirely based in the West Kootenays, there are no writers or writing instructors in any of his fourteen stories. His characters are B.C. bud cultivators, loggers, draft dodgers, homesteaders, environmentalists, thugs, single mothers, commune activists and even spectres.

Moon creatures all, if you live in Toronto. Interspersed with his teaching gigs, Tom Wayman has lived primarily in the Kootenays since 1989, having published the first of his eighteen collections of poetry in 1973. The Shadows We Mistake For Love D&M $24.95) is his fourth work of fiction, so he’s no neophyte. It’s also clear Wayman knows his characters from their socks to their hippy scarves.

Unlike his earlier short story collection, Boundary Country, published in 2007, which crosses time and place to present thematically linked fiction, The Shadows We Mistake for Love is rooted in a sense of place. Some of his characters, such as Duncan Locke, the small town lawyer, surface in several stories, while an unnamed man introduced in the first story, appears again in the last.

Only the first story (Dwelling), and the last (Fenris) detour away from realism. Snow suddenly starts falling inside a house in winter and colours sprout from the walls and ceilings in the spring with the fecund smell of soil and new growth. In the bookend story, Fenris, to complete the anthology, a mysterious, mangy creature communicates with the aforementioned unnamed man.

[In Norse mythology Fenris is the name given to a monstrous wolf, a creature appearing in the 13th Century in both literature and art, that grows ever larger.]

In Green Hell, two older tourists are ‘trapped’ in a local diner by a resident who slowly and unwittingly reveals himself within his story. This clever tale manages to slowly and naturally divulge its information while remaining true to the somewhat shady character of the local named Billy. As he rambles on and on, not only do we discover much about him but we also learn about the couple, whose words we never hear. We also catch glimpses of the server, Janine, and simultaneously glean much about the community and some of its other characters.

The title story, by far the longest, was the weakest one for me. Vancouver student, Shannon, is visiting her close friend, Jane, in the West Kootenays. She winds up falling in love with a philandering environmental activist, David, and gets pregnant. Even though it’s a longer story, these people remained somewhat static for me and the plot was predictable.

Far more engrossing was the characterization in Mountain Grown, followed by the humorous Skill Development, and then Graveyard, in which a young woman is distraught over the death of her father, thereby inciting her lover to have doubts about his relationship with her. Wayman’s descriptions of the place, the day, and the mood are so dead on and so compelling you may shudder and shiver at the same time.

Although Tom Wayman is still widely-respected as a ‘worker poet’—someone who did much to recognize the dignity of ‘everyday’ jobs as a force within of the Vancouver Industrial Writers’ Union (1979-1993)—he has clearly maintained his momentum as a literary artist.

Cumulatively, ‘Wayman’s World’ is a well-written and intriguing mix of POVs, characters, moods and styles, redolent with the manners and values of the Kootenays. 978-1-77162-095-6

Cherie Thiessen has reviewed fiction on a regular basis for B.C. BookWorld for the past five years.

Tom Wayman, who is soon to be the subject of a new Vancouver Literary Landmark plaque on Commercial Drive, will be in Vancouver for two events to celebrate the publication of collection of short stories, The Shadows We Mistake for Love (Douglas & McIntyre, $24.95). The official Vancouver launch will take place on Monday October 5th at 7 pm at Book Warehouse (4118 Main Street), where Wayman will read and sign books. Another opportunity to hear the author read from his new book will take place the following day on Tuesday October 6th at the Dunbar branch of the Vancouver Public Library (4515 Dunbar Street) at 1:30pm.

In The Shadows We Mistake for Love, Wayman’s colourful cast of characters and their penchant for trouble, lust and illegal mischief disrupts the tranquil landscape.

Tom Wayman has published three books of fiction, six poetry anthologies, a dozen collections of poetry and three volumes of essays. His previous book of short fiction, Boundary Country (Thistledown Press, 2007), was shortlisted for the Danuta Gleed award. His most recent book of poetry, Dirty Snow (Harbour Publishing, 2012), won the Acorn Plantos Award. Some of his previous work has won the Canadian Authors Association Award for Poetry and has been a finalist for the Governor General’s Literary Award and the Dorothy Livesay Poetry Prize. Wayman has taught widely at the post-secondary level in Canada and the U.S., most recently at the University of Calgary (2002-2010).

He has been Writer-in-Residence at a number of institutions, including Simon Fraser University and the University of Toronto.

ESSAYS:
Inside Job: Essays on the New Work Writing (Harbour, 1983).
A Country Not Considered: Canada, Culture, Work (House of Anansi, 1993).