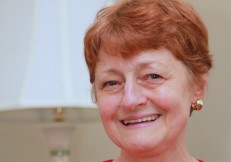 There is another book prize in our midst.

The $1000 Joan Betty Stuchner—Oy Vey! —Funniest Children’s Book Award will be presented biannually to a Canadian author or illustrator of the work of juvenile fiction that had the jury the most buckled over with guffaws, incapacitated with giggles, and/or rib-ticklingly, side-splittingly, thigh-slappingly entertained.

The first Joan Betty Stuchner Oy Vey Funniest Children’s Book Award will be presented at a special ceremony in Spring 2017.

As reported in BCBookLook and B.C. BookWorld, Joan Betty Stuchner was a beloved children’s author and teacher who passed away unexpectedly in 2014.

Here are the basic parameters.

Please send 3 copies of the work along with a completed application form to:

HERE IS THE ARTICLE ABOUT JOAN BETTY STUCHNER THAT WAS PUBLISHED HERE, IN MEMORIAM.

Anything is possible if you persevere

She was just hitting her stride when she succumbed to pancreatic cancer. Joan Betty Stuchner (1947-2014), as one of her characters, Sadie the Ballerina, for a fundraiser.

Joan Betty Stuchner’s ten books are suffused with optimism and delight.“I know that many writers tell you to imagine you are writing for a specific child, but I always want to write for both myself and everyone else, regardless of age.” — Joan Betty Stuchner