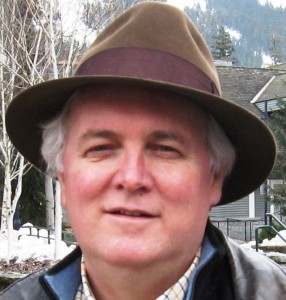 As a follow-up to Wilson Duff’s seminal Indian History of British Columbia, Robert J. Muckle’s overview of B.C.’s First Nations from an anthropological perspective is “unhindered by old fashioned and insensitive anthropology” according to a review in B.C. Studies. Muckle’s The First Nations of British Columbia: An Anthropological Survey from 1998 was first reprinted by Broadview Press in 2006, now followed by a third version from UBC Press for $19.95. Muckle uses an anthropological framework to familiarize readers with the history and cultures of First Nations in the province, and provides a fundamental understanding of current affairs and concerns. As well as new photographs and artwork, the revised third edition includes a new introduction and conclusion; updated information and references; new sidebars on topics of interest such as totem poles, sasquatch, and the Chinook jargon; discussions of enduring stereotypes and misperceptions of First Nations; and excerpts from important historical documents, including the Canadian government’s Apology for Residential Schools. Born on October 11, 1955 in Vancouver, archaeologist and anthropologist Robert J. Muckle is a professor of archaeology in the department of Anthropology at Capilano University. He is also the author of Indigenous Peoples of North America: A Concise Anthropological Overview (University of Toronto Press, 2012). 9780774806633