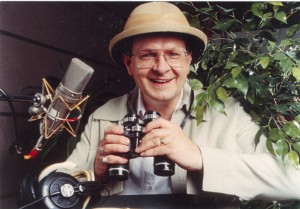 An evening of stories and music with Don Mowatt on the “Norse Shore” as he recalls characters and music from various travels.

“My father was born in Montreal but lived the first thirteen years of his life from the age of six months in Northern China,  then travelled as a Naval Chaplain twice around the world. Travel was a serious part of our family’s agenda and we visited or lived in all ten Canadian provinces and most of the American states, as well as taking many trips to Europe. As a radio producer at the CBC, I worked in over thirty different countries on three continents. But it wasn’t the miles covered or the landscapes or the food that registered with us, but the variety of stories we became part of. Stories about so many wonderful, strange characters and events from Calgary to Scandinavia and Uzbekistan on the Silk Road back to China.

“When my parents uprooted our Montreal household to take up a Church position in Calgary in 1947,  within a year we adopted two Norwegian children.  On that same day when the children arrived, my father discovered a smouldering whiskey still run in his Church’s bell tower by the ancient Scottish janitor.” — Don Mowatt

Don Mowatt of North Vancouver was born in Montreal and educated in Edinburgh on an eight-year JP Crerar Scholarship in the 1950s. He is a graduate in English and German studies at the University of Victoria, and Theology at UBC. He was appointed Arts Producer at the CBC in Vancouver in 1964 and remained there until 1997. While at the CBC, he won nearly every broadcast award available, including 2 George F. Peabody medals, ACTRA, Armstrong, Gabriel, B’Nai Brith awards and the New York Audio Arts award for his feature documentaries and radio plays. He was chairman of the Radio Jury for the Prix Futura, Berlin, Germany in 1993. In 1995 he was the Canadian Media representative at the International Chopin Competition in Warsaw.

In 1997, he joined the UBC Faculty of Theatre, Film and Creative Writing, where he remained for nine years. He was Co-artistic director of Western Gold Theatre in Vancouver for eight years, and continues to write, perform and lecture on a wide variety of subjects. For 15 years he has been a lecturer and media consultant for The Aga Khan Trust for Culture.

In 2002, Mowatt’s play “The Collected Silences of David’s Mother” for actress and harp, was performed by Rita Costanzi at the Chautauqua Institute in New York and at Clare College, Cambridge University in England. It has also been performed throughout, B.C., Ontario, the U.S. and England. It tells the story in music and narrative of the imagined life of King David’s mother, who goes unmentioned in both biblical testaments.

His libretto on Carl Jung to the opera “The Dream Healer” by Lloyd Burritt was performed by an international cast and members of the UBC Opera Ensemble chorus and orchestra at the Chan Centre in March 2008. He performs with his partner Carolyn Finlay in an on-going series of dramatic readings throughout the Lower Mainland and in the U.S. featuring celebrated couples: Carl and Emma Jung, Robert and Clara Schumann, Edvard and Nina Grieg, Mark Twain and Olivia Clemens, Frederic Chopin and George Sand, HC Andersen and Johanne Heiberg, as well as an evening with Charles Dickens.

Don Mowatt’s collection of fourteen autobiographical short stories, “The Stuffed Messiah and Other Tales” spans almost one hundred years, from his grandfather’s arrival in China as a missionary in 1900 to Mowatt’s retirement from the Canadian Broadcasting Corporation in 1997. The stories are written for the ear, as well as for the eye, as befits a veteran radio producer. The title is derived from one of the stories set at Union Theological College at the University of British Columbia, where he was taking a post graduate degree in the early 1960s. The stories are presented chronologically, and have key leit-motifs running through them, though they can be read independently of each other too. They are written in the first person and represent a growing awareness of self and surroundings, dominated to begin with by a strong but often absent father.