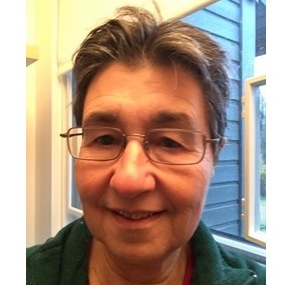 Retired Langara College instructor, Rachel Mines has published a translation from the Yiddish of nineteen stories by Jonah Rosenfeld (1881 – 1944), The Rivals and Other Stories (Syracuse University Press $24.95).

A major literary figure and frequent contributor to the Yiddish-language newspaper Forverts from the 1920s to the mid-1930s, Jonah Rosenfeld was recognized during and after his lifetime as an explorer of human psychology. His work foregrounds loneliness, social anxiety and people’s frustrated longing for meaningful relationships.

Mines’s work introduces Rosenfeld’s short stories to an English-reading audience for the first time. Unlike much of Yiddish literature that offers a sentimentalized view of the tight knit communities of early twentieth-century Jewish life, Rosenfeld’s stories portray an entirely different view of pre-war Jewish families. His stories are urban, domestic dramas that probe the, often painful disjunctions between men and women, parents and children, rich and poor, Jews and Gentiles, self and society. They explore eroticism and family dysfunction in narratives that were often shocking to readers at the time they were published.

Following the Modernist tradition, Rosenfeld rejected many established norms, such as religion and the assumption of absolute truth. Rather, his work is rooted in psychological realism, portraying the inner lives of alienated individuals who struggle to construct a world in which they can live. These deeply moving, empathetic stories provide a counterbalance to the prevailing idealized portrait of shtetl life and enrich our understanding of Yiddish literature. 9780815611202

Born and raised in Vancouver, Rachel Mines received her Ph.D. in English from King’s College, University of London and realized “the world is not crying out for specialists in Old English poetic meter.”

While an instructor at Langara College before retirement in 2020, Mines created, coordinated and taught the innovative “Writing Lives: The Holocaust Survivor Memoir Project.” This was a second-year, two-semester course that teamed Langara students with local Holocaust survivors to help them create written memoirs of their wartime experiences. The program has since been extended to First Nations survivors of residential schools.