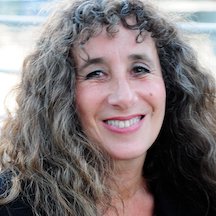 Janis Harper has published her third title, Jonas and the Mountain: A Metaphysical Love Story (Sacred Stories Publishing $20.99) about a quest for the deepest truth, an excursion into the nature of reality. Jonas has been living a half-life since he lost his marriage, his college teaching position and his best friend all at once. In his darkest moment, he hears a voice in his head and strange poems start to come to him. Curious and open to exploration, he joins a friend who is traveling to Mt. Arunachala in South India. There Jonas meets the guru D, who shows him a direct path to enlightenment, and Anamika, an oddly familiar woman who explains the voice and poems and reveals yet another reality of multiple dimensions and partner selves. Jonas seeks to reconcile D’s and Anamika’s philosophies to find what is true as he struggles to resolve the pain in his past and the surprising ways it appears in his present. 978-1945026805