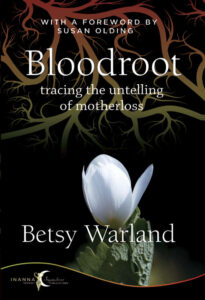 Betsy Warland, one of Canada’s leading feminist writers of creative non-fiction, prose and poetry, has released a second edition of her memoir Bloodroot: Tracing the Untelling of Motherloss (Inanna $22.95) to mark the 20th anniversary of its first printing in the year 2000.

Bloodroot she says, “continues to be my most beloved book. Although it’s been out of print for a couple of years, readers and writers frequently tell me how much it means to them. Recently, a woman who had read Bloodroot in her book club mentioned it to her husband, who read it. Then they bought copies for their family attending his mother’s memorial service.”

The memoir traces the beginnings of the declining health and eventual death of Warland’s mother over a period during which the two renew their bonds of love after a long period of estrangement. It’s a poetic work of creative non-fiction in which Warland recounts how she and her mother were able to overcome old conflicts and differences to discover that dying and death mean more than despair and duty. This book, says Warland, is “about abandoning disappointment, acquiescing to grace.”

The second edition contains a new Foreword by Susan Olding. It also includes a long essay on further backstory revelations and the impact of the book on readers and Warland as a writer.

To register, please go to this link:https://www.eventbrite.ca/e/book-launch-livestream-performance-of-betsy-warlands-bloodroot-tickets-204126516907 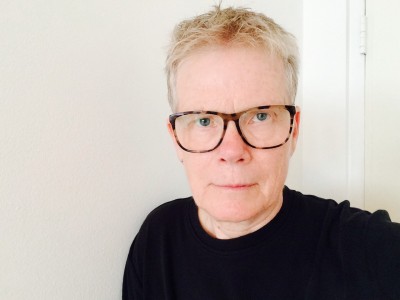