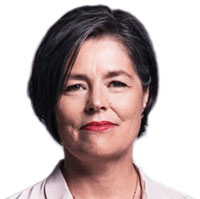 Claudia Casper’s third novel, The Mercy Journals (Arsenal 2016), first reviewed by Joan Givner in BC BookWorld, has won the 2017 Philip K. Dick Award for the best work of science fiction published in paperback for the first time in the USA in 2016.

The announcement was made on April 14, 2017 at the Norwescon 40 conference, in SeaTac, Washington. The Philip K. Dick Award is presented annually with the support of the Philip K. Dick Trust and is sponsored by the Philadelphia Science Fiction Society.

The Mercy Journals is a post-apocalyptic story set in the future after a third world war was waged because of a water crisis. One of the few survivors, Allen Quincy is a former soldier nicknamed Mercy who meets a singer named Ruby. His long-lost brother Leo arrives with news that Mercy’s children have been spotted, setting the two on a long journey to find them. [See Review below]

Former typesetter for Vancouver’s Pulp Press (now Arsenal Pulp Press), Casper is also the author of The Reconstruction (Penguin, 1996), about a woman who is hired to sculpt a lifesize replica of Lucy. According to publicity materials, “Margaret has been hired by a museum to build a life-sized model of Lucy, the ancestral link between humankind and the primate world. Meanwhile, her life is a mess — she’s recently separated from her husband, and she needs dental surgery which she’s not sure how to pay for. She buries herself in her work, and during the process of meticulously researching and reconstructing Lucy she also learns a few things about her own life, comes to terms with who she is and where she has been, and — by stripping layers away while she adds them to Lucy — embarks on her own recovery as well.”

After much hoopla for The Reconstruction, sophomore novelist Claudia Casper returned with a novel about a father/daughter relationship in The Continuation of Love by Other Means (Penguin 2003). When Carmen visits her charismatic, misogynist father in Argentina in 1976, she’s shocked by his military alignment and his condoning of torture. But she’s attracted to his unabashedly sensual, hedonistic life.