This month, as The Ormsby Review eclipses two pilot project goals — amassing 300 contributions and attracting more than 1,000 readers per day–Daniel Marshall provides recollections of its namesake.

The influence of B.C. historian Margaret Anchoretta Ormsby (1909-1996) on younger generations of scholars and readers continues more than two decades after her death.

Not only has The Ormsby Review perpetuated her name — and we hope her commitment to the culture and literature of British Columbia — but we continue to receive stories of this distinguished historian and teacher.

Now Ormsby friend and B.C. gold rush scholar Daniel Marshall of Victoria provides his own memories from the 1990s, the last decade of Ormsby’s life. – Ed.

As a fifth-generation British Columbian, I have always been fascinated by the stories of my British (mostly Cornish) ancestors who chased “the golden butterfly” to California in 1849. Then in 1858 — with news of rich gold discoveries on the Fraser River — they scrambled to be among the first arrivals in British Columbia, the new El Dorado of the north. 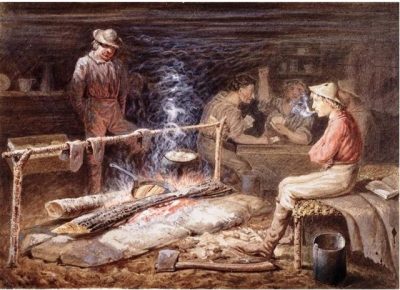 To our family this was “British California,” part of a natural north-south world found west of the Rocky Mountains, with Vancouver Island the Gibraltar-like fortress of the north Pacific. While family stories of the gold rush served to fuel my fascination, it was an early reading of Margaret Ormsby’s British Columbia: A History (Macmillan, 1958) that kindled a sustained interest in the tumultuous origins of the gold colony.

It was my good fortune to meet Professor Ormsby on several occasions before her passing in 1996.

In the early 1990s, as a student at the University of Victoria, I helped form the Graduate History Association, and my colleagues and I were delighted when Dr. Ormsby agreed to be our honorary president. In recognition of her acceptance we decided to hold a formal luncheon at UVic’s Faculty Club to honour her many accomplishments. 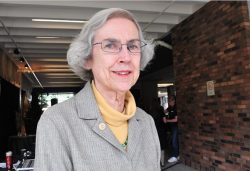 It was a fabulous gathering and we were fortunate to have many of her past students in attendance, especially professors Pat Roy and Charlotte Girard, former BC attorney-general Brian R.D. Smith, and the late John Bovey, provincial archivist at the time. These past four students had, in fact, been Margaret’s research team in the preparation of British Columbia: A History, the release of which coincided with the province’s centennial year in 1958.

John Bovey, in his usual flamboyant and intensely anecdotal style, regaled our small gathering with stories of the book’s production, and how these research meetings were fuelled by endless cups of tea — which future professors Girard and Roy were charged with preparing!

At the conclusion of the ceremony, Professor Ormsby spoke to the assembled audience. She was visibly moved by the recognition received, delighted to be amongst friends, old and new, and expressed her love for British Columbia history and the necessity of taking students beyond the classroom and into the field to see the provincial landscape firsthand. This was an invaluable teaching technique that I have employed in my teaching at UVic – and which reminds me of the legendary Fraser Canyon field trips of the distinguished historical geographer Cole Harris.

We then presented her with a large sterling silver bowl inscribed with her new honorary title to permanently mark the occasion.

Many of her former students, such as the journalist Don Maroc and the retired head of special collections at UVic, Howard Gerwing, have recounted to me many instances of Ormsby outside of the classroom. Don, then with his long countercultural ponytail, was always expected to wait at the UBC Grad lounge entrance for Dr. Ormsby to escort her officially to her seat. 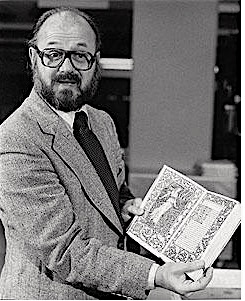 Gerwing, through Ormsby’s encouragement and assistance, gained student employment with the Hudson’s Bay Company in London, England, with a brief stint in Paris where he met Henry Miller and received from him a signed copy of the Tropic of Cancer (1934), then still banned in Britain. Dr. Ormsby might not have appreciated her role in this Parisian venture.

Many of Ormsby’s past students appreciated her mentorship immensely, and now fondly recollect her in warm anecdotes that collectively belie the stern countenance of a “Chairman MAO” as suggested by others.

The next time I saw Dr. Ormsby was in 1992, in the company of my old friend Richard Mackie, who had invited me for a trip to Sugar Lake and to his cousin’s home, Lake House, on the shores of Kalamalka Lake two doors down from Professor Ormsby’s old family residence.

I remember the day well. We were graciously invited for tea and excellent discussions with regard to her time at UBC, and earlier in Ottawa, where she fondly remembered another graduate of her old alma mater of Bryn Mawr College, Phyllis Ross (1903-1988), mother of the Right Honourable Prime Minister John Turner.

When Phyllis Ross (then Turner) returned to Ottawa from college, Ormsby stated, “We felt we must find Phyllis a position in the civil service.” And so they did! Phyllis, now married to Frank Mackenzie Ross, went on to become the first woman chancellor of UBC (1961- 1966), while Margaret Ormsby was the first woman to hold a permanent position in a Canadian history department (at McMaster University, 1940). Pioneers in the academic world of their time, these powerful women must be celebrated.

Richard Mackie and I were then invited upstairs to peruse her extensive working library — what a shame that it, and her house, were not preserved! — before returning for further refreshments. It was then that I noticed the inscribed silver bowl presented to her previously, which had been given a prominent place on her sideboard for all to see. Again, Ormsby expressed appreciation for being recognized at this later stage of life.

From my own perspective – British Columbia: A History was the only substantive book available at the time with regard to the province’s early history – and I thought that Dr. Ormsby therefore should have greater recognition beyond receiving the UVic Graduate History Association’s silver bowl! Slowly things began to change. In 1993, I with colleagues such as John Lutz, Kathryn Bridge, and others at the University of Victoria formed the Margaret Ormsby Scholarship Committee to raise both her profile and funds for future students of British Columbia history.

Knowing her associations with Phyllis Turner in Ottawa, I subsequently telephoned former Prime Minister John Turner, who wholeheartedly agreed to act as the Honorary President of our Scholarship Committee. Himself a UBC grad, Turner always spoke fondly of Dr. Ormsby and demanded to be kept informed of the committee’s work and well-being of Ormsby herself.

By the last time I met with Dr. Ormsby, the scholarship committee was in full swing and we worked with the BC Studies Conference held in Kelowna of that year to prepare a further tribute to this remarkable academic. I contacted the Vancouver Sun columnist Vaughn Palmer and asked whether he would make the keynote address. Palmer, an avid student of British Columbia history himself, was humbled but quickly agreed. 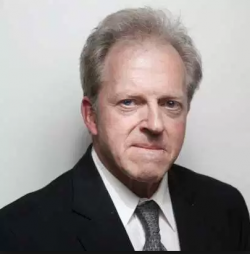 At the address, Ormsby, now wheelchair bound, was rolled into the large gathering of academics from all over the province, and Palmer delivered an incredible tribute that received a large and sustained standing ovation. Ormsby was deeply moved, as were all of us. As I knelt beside her chair for a few final words with her she said quietly, “Thank you so very much for all you have done for me.” To which I replied, “No, thank you, Dr. Ormsby, for what you have done for all of us here, and the people of British Columbia!”

Margaret Ormsby passed away in 1996, but her memory lives on and I personally have made one more final tribute to her with the publication of my forthcoming book with Ronsdale Press, Claiming the Land, which examines the Fraser River gold rush, the Canyon War of 1858, and the founding of British Columbia. The book’s dedication simply states:

I am glad to share these recollections, as well as this dedication to the formative influence on my working life.

Daniel Marshall was educated at the universities of Victoria and British Columbia, where he received his Ph.D. in 2000. He is author of Those Who Fell from the Sky: A History of the Cowichan Peoples (Cowichan Tribes, 1999, reprinted in 2007). Daniel was host and historical consultant for the documentary Canyon War: The Untold Story (2009), televised on the Knowledge Network, APTN, and PBS, which took honours at both the New York International Independent Film and Video Festival and Worldfest 2010 (the Houston International Film Festival). In 2015, Daniel acted as Chief Curator for the Royal B.C. Museum’s “Gold Rush: El Dorado in British Columbia” exhibit, and his book Claiming the Land: British Columbia and the Making of a New Eldorado will be published by Ronsdale Press in May 2018. Daniel Marshall lives in Victoria. 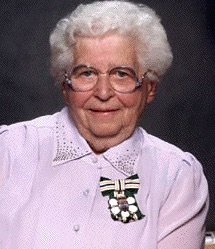