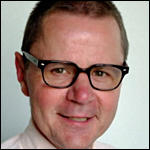 Having spenbt time covering politics in B.C., former newspaper editor and publisher Paul Willcocks’ has generated a fascinating anthology of true tales, Dead Ends: BC Crime Stories (University of Regina Press $19.95). Willcocks’ exposure to the province’s news on a daily basis for decades has clearly provided plenty of true crime material to draw upon. Dead Ends collects forty tales of some of the most notorious killers and outlaws from the past 150 years. They include “Gentleman Bandit” Bill Miner’s train robberies in the early 1900s, the urban guerilla activities of the “Squamish Five,” Inderjit Singh Reyat and the Air India bombing, and the 2007 homicide of Robert Dziekanski. All the headline-making cases are shocking, appalling–and true. Willcocks was raised in Toronto and Montreal and worked for newspapers in four provinces before moving to Victoria to take on the job of publisher of The Times-Colonist. He also covered B.C. politics and policy for The Sun, The Globe and Mail and Reuters. Willcocks was the 2003 recipient of the Jack Webster Foundation’s commentator of the year award for his work in The Sun, and is a 2000 National Magazine Award finalist. He holds an English degree from Concordia University. 978-0-88977-348-6