#345 Lovers and other shenanigans

Ginger wants to get back the family home from the disgraced church of The Congregation of the Great Convergence.

Ginger’s parents, Mr. and Mrs. Dustin Flynn, gave their mansion to the sect in their will, with the provision that it couldn’t change hands until their daughter dies.

There had been a son, Frank, but he was killed at the end of WWII. Frank’s loss was devastating for both parents but especially for Ginger, who had adored her older brother.

Frank’s death was devastating for someone else as well…

That’s just a smidgeon of Beautiful Communions, the fourth novel mainly set in eastern Canada by Denman Island’s best-known gardener Des Kennedy. Among his ten fiction and non-fiction books, three have been nominated for the Stephen Leacock Medal for Humour.

In keeping with his back-to-the-land philosophy, his Heart & Soil: The Revolutionary Good of Gardens (Harbour, 2014) was nominated for the Annual Literature Award by the Council of Botanical and Horticultural Libraries. Kennedy walks his talk, from his self-built green home and gardens on Denman Island to his involvement in protests in Clayoquot Sound and Strathcona Park.

The relationship between Ginger and her dogmatic parents becomes seriously strained when she falls in love with her charismatic professor, Nigel Childes, at a time when professors taking up with students was only just veering towards being scandalous.

Ginger’s amorous adventure precipitates the unusual will. Shortly after writing it up, both parents leave for missionary work in Africa, sent by their newly espoused church. They will never return. Ginger is advised by The Congregation some years later that they died from cholera. 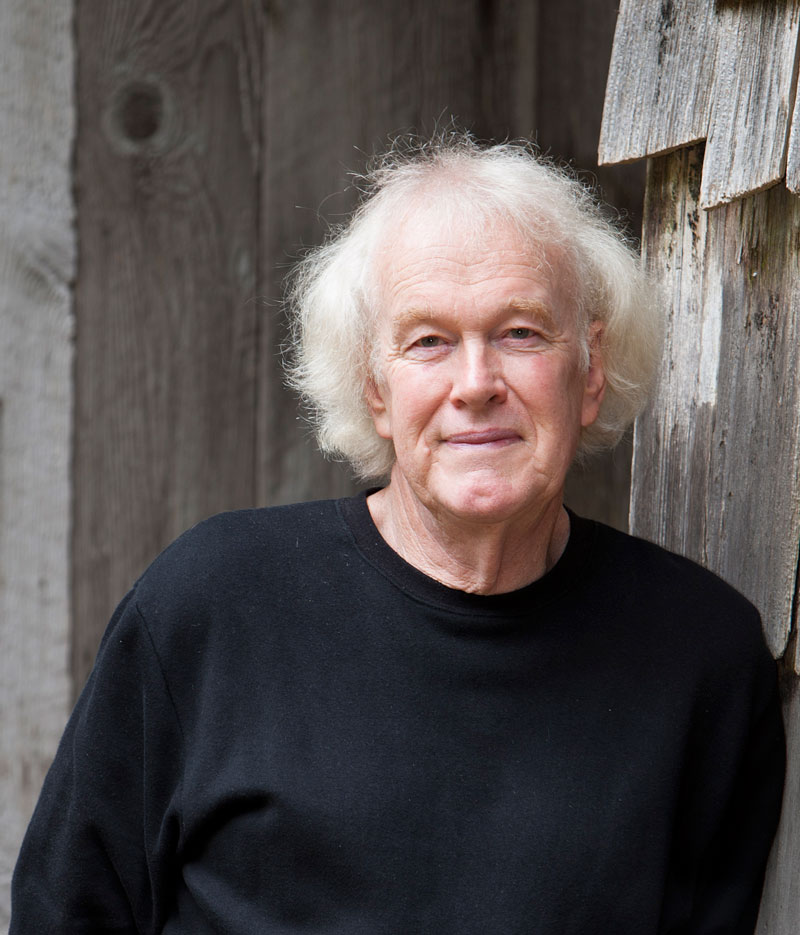 Ginger marries Nigel but she should have known better. Well, actually she did. Right from the start she had categorized him as superficial and posturing, but passion trumped common sense and intuition.

Des Kennedy starts this ever-widening narrative—set primarily in a fictional Canadian small-town—when Ginger is a feisty and very active woman in her eighties. She is being interviewed by young newspaper reporter, Chrissie Crosby, a former runaway described as split-second smart and completely pissed off at just about everything.

Back in the 1950s, after Ginger’s brother, Frank, had been dead five years, Ginger was taking a class from Nigel when he recognized likenesses between Ginger and Frank—whereupon Nigel realizes Ginger is his dead lover’s sister.

Yes, you read that correctly.

Nigel had a brief but passionate affair with Frank when the latter was in wartime London on leave. In fact, the professor was the last person that Frank wrote to, just days before he was killed, asking Nigel to let his family and especially his sister Ginger know if anything happened to him in the war, but the professor had never done that.

As the story zips back and forth between the past and present, there is so much going on you would think it would be difficult to follow. It isn’t. After a dozen years of the less than exciting marriage Ginger had envisioned, Nigel up and leaves his wife and daughter, Irene and never contacts them again—even though his wife is about to have their second child (Peter).

Irene is seriously damaged by the departure of her father because he had appeared to be so devoted to her; the mother-daughter relationship suffers as a result. Why would Nigel do this? Well, Ginger ultimately thinks she knows, and readers will probably guess, too.

The fatherless son, Peter, later endures an unimaginable tragedy. Irene’s daughter and subsequent granddaughter also suffer reverberations of the abandonment. But would Ginger ever have turned out the way she had if Nigel had remained? She has become some kind of uberhuman, spilling over with wisdom, joy of life, and causes.

The indomitable Ginger has so much humanity and love in her that she hugs anyone who reaches out to her and even some of those who don’t. It is as if her brimming spirit is the well-spring for the story.

There are good gals and bad guys aplenty and environmental battles, of course. How could there not be?

Observing all these human shenanigans is an uncanny border collie, Shep, who maintains the bemused detachment appropriate for most human affairs.

Kennedy weaves together disparate elements and plotlines with seeming ease for a fun-to-read story. Ultimately, we learn who gets the family mansion.

What’s not to love? This is a delightfully wise and mirthful read.