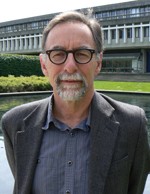 Before the days of powerful environmental groups like Greenpeace and the Sierra Club, there were individuals and local community groups working to protect important natural areas. These unheralded citizens nurtured the roots of a sustainable environmental mentality that paved the way for today’s big green organizations running sophisticated programs. This is certainly true of many areas in or near Vancouver in the 1960s. SFU history professor emeritus, Jack I. Little gives these early activists their due in: At the Wilderness Edge: The Rise of the Anti-Development Movement on British Columbia’s Southwest Coast (McGill-Queen’s University Press, 2019). Little focuses on five anti-development campaigns in and around Vancouver that were successful at protecting threatened green spaces on Coal Harbour, Hollyburn Ridge, Bowen Island, Gambier Island, and the Squamish estuary. Important British Columbia landmarks were saved from becoming a high-rise development project, a downhill ski resort, a suburban housing tract, an open-pit copper mine, and a major coal port, respectively. Surprisingly, the citizens who initiated these protests were not the usual suspects – radicals and anti-establishment youths. Rather, the protestors in Little’s case studies were primarily middle-aged, middle-class, and often women. 9780773556409