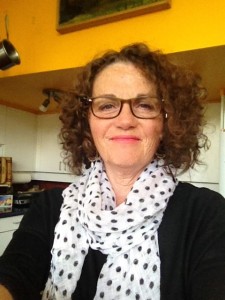 A former high school principal and a graduate of the Creative Writing Master’s program at UBC, Iona Whishaw has followed her much earlier children’s book, Henry and the Cow Problem, with a murder mystery, Dead in the Water (Friesen 2015). The heroine Lane Winslow is inspired by the author’s sophisticated and adventurous mother who was risk-taker. “She cut a swath through life that was completely independent,” Whishaw writes on her blog. “It was she who put my father through university, and bought our first houses.  When we were children she hitchhiked to Alaska with interstate truckers because she was tired of waiting around for my father to come back from geology field trips, and in the same devil-may-care spirit drove me and our German shepherd all the way to Nicaragua to find him, long before the highway through Central America was even complete. She wrote books and spoke 6 languages, and went off to university to get 4 Master’s degrees after I grew up and left for university. And of course, there was that brief episode of spying during the war in South Africa where my father was a pilot for the RAF.”

In a tiny community near Nelson, populated by older British émigrés from before WW I, a young British ex-secret service agent looks to put the war and England behind her, only to be arrested when a dead body is found in her creek. Burdened by the requirements of the Official Secrets Act, she is unable to clear herself. Whishaw’s grandfather was a spy in both World Wars. For UBC Creative Writing department head Linda Svendsen, author of Marine Life, has provided praise for the independently published novel: “Inspector Darling and Lane Winslow join the ranks of Dorothy L. Sayers’ Lord Peter Wimsey and Harriet Vane in this exquisitely written, psychologically deft postwar mystery. I couldn’t put it down.”