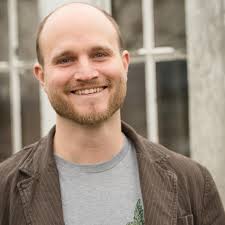 While working as a reporter for the Terrace Standard in Terrace, Josh Massey has published his second novel, The Plotline Bomber of Innisfree (BookThug $20), a lively and delightfully brash “eco-dystopian satire” about an ex-hipster who becomes an elk farmer or herdsman, only to become unwillingly involved in political turmoil and violence along the B.C./Alberta border when the opponents of a proposed pipeline expansion start to interfere with his privacy and business. In spirit it has some of the exuberance of iconoclast Andrew Struthers’ brilliant Around the World on Minimum Wage (New Star 2015). It’s ‘out there’ both figuratively and geographically. 978-1-771661-26-3

Having planted trees in four provinces, Josh Massey, while in Smithers, wrote a spirited and authentic novel about an amusing cast of suitably unconventional, wise-cracking treeplanters who ultimately rebel for the sake of their sanity and dignity, We Will All Be Trees (Conundrum $15). It is a fine fictional counterpart to Helene Cyr’s Handmade Forests — The Treeplanter’s Experience (New Society 1998). 978-1-894994-41-5

Massey has won a 2014 Canadian Community Newspaper Award for his journalism and the 2015 Lelu Island Poetry Prize. His literary film work has been screened at the Ottawa International Writers Festival and several other events in B.C.