Lee & Ross beyond the page 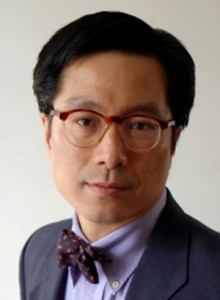 Two of the nine speakers at the upcoming Public Salon, April 23, hosted by Sam Sullivan at the Vancouver Playhouse (600 Hamilton Street) on Thursday night are B.C. authors — JJ Lee and Gary Ross In 1984, Murray Hill, an animal trainer in the United States, disappeared with two full-grown female elephants, Tory and Dutchess, having raised them from birth. For five years he eluded the FBI and the RCMP, believing the elephants had been abused by their owners Dick and Eddie Drake. The drama of how and why Hill concealed two animals that were eating 200 pounds of food per day is the subject for Gary Ross’ At Large: The Fugitive Odyssey of Murray Hill and his Elephants (Stoddart, 1992), his second non-fiction book. It became a Hollywood feature film, Larger Than Life (1996), starring Bill Murray.

Hollywood also met up with Gary Ross’ work due to his first non-fiction book Stung: The Incredible Obsession of Brian Molony (1987), winner of an Arthur Ellis Award and a Canadian Author’s Association Award. In 2003, Ross’ bestseller about a Canadian gambling addict became the basis for the movie Owning Mahowny. The book and the movie recall the exploits of former Toronto bank employee Brian Molony who embezzled $10 million from the Canadian Imperial Bank of Commerce in 18 months. Owning Mahowny stars Philip Seymour Hoffman and Minnie Driver. Ross remained in touch with Molony after writing the book. Molony served his jail time and became gainfully employed, legally, as a financial consultant.

The Publishers Weekly synopsis for Ross’ novel Tears of the Moon reads: “Convicted of murdering his common-law wife Angela, Owen Wesley insists on his innocence to prison psychiatrist Ron Yoshino. Did she leap to her death, or did he push her, enraged by her affair with another man? Cleverly cast in the form of Owen’s lyrical, staccato-voiced prison journal, this convincing novel oscillates between therapy sessions and graphic scenes of life behind bars, as the reader gropes for an answer along with Owen’s therapist. A man detached from his own feelings, Owen must come to terms with his empty marriage, hatred of his violent-tempered father, his own romantic affair, homoerotic impulses for another inmate and sibling rivalry with his solicitous older brother Jay. While the meandering psychoanalysis eventually bogs down, the author provides compensation through insightful portrayals of the prisoners, among them a heroin addict, a kidnapper and the perpetrator of a voyeuristic telephone hoax.”