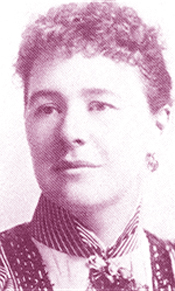 Now restored as a high-end restaurant, Guisachan House was built as a summer home for the Earl and Countess of Aberdeen in 1891, drawing its name (“Land of the Firs:) from a family estate in Inverness-shire Scotland. The property was designated as a park in 1986, resulting in the restoration of the original house that was designed in the style of an Indian colonial bungalow. A feminist before her time, Lady Aberdeen was featured as an author at the 1892-1893 Chicago Exposition having written articles about her travels in Canada, particularly in the west, describing her Okanagan farm in the pages of Onward and Upward magazine. These articles were republished in book form as Through Canada With A Kodak (Edinburgh: W.H. White & Company, 1893). John Campbell Gordon was Canada’s seventh Governor-General, from 1893 to 1898. The couple travelled extensively during his term at Rideau Hall, visiting Dr. Alexander Graham Bell and First Nations people, supporting sports and presiding over celebrations for Queen Victoria’s Diamond Jubilee. They also provided a letter of introduction to Pauline Johnson when she went to read her poetry in London, England. Lady Aberdeen became first president of the International Council of Women and helped create the Victorian Order of Nurses in 1897. He served in the House of Lords, favouring Prime Minister Gladstone, and was appointed Lord Lieutenant of Ireland in 1886 prior to his role as the Queen’s representative in Canada. He returned to his role as Lord Lieutenant of Ireland after the couple left office in Canada. Lord Aberdeen died in 1934; she died in 1939.

Veronica Strong-Boag, as a UBC professor in the Departments of Education and Women’s Studies, has examined the ‘the Aberdeens’ passion for social reform and their contributions to Canada in Liberal Hearts and Coronets (University of Toronto Press, 2015). It is described as “the first biography to treat John Campbell Gordon as seriously as his better-known wife.” While they worked as a couple to improve workers’ rights, women’s rights and home health care, Ishbel helped found, and was elected president of, Canada’s first National Council of Women and the Victorian Order of Nurses. Through their beliefs and actions, according to Strong-Boag, the Aberdeens transformed the perception of Canada’s Governor General. One Response to “#17 Lady Aberdeen”