Kennedy in running for prestigious prize 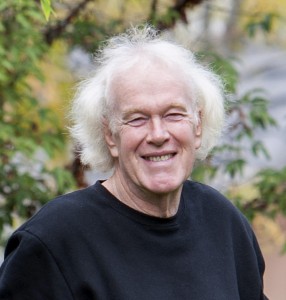 While slick newbies to environmentalism are jumping onto the “rewilding” bandwagon, rhapsodizing about dirt and water and plants as if Mother Nature is an exotic discovery, Des Kennedy entered his 20th year as a back-to-the-land philosopher in print with Heart & Soil: The Revolutionary Good of Gardens (Harbour $24.95). It’s essentially a ‘best of’ compendium that showcases Kennedy’s trademark humour in wide-ranging essays and articles. Heart & Soil: The Revolutionary Good of Gardens (Harbour) has been nominated for the 2015 Annual Literature Award by the Council of Botanical and Horticultural Libraries, “an international organization of individuals, organizations and institutions concerned with the development, maintenance and use of libraries of botanical and horticultural literature.” Other nominated titles came the Adelaide Botanic Garden, Brooklyn Botanic Garden and the Royal Botanic Gardens Kew.

One Response to “Kennedy in running for prestigious prize”