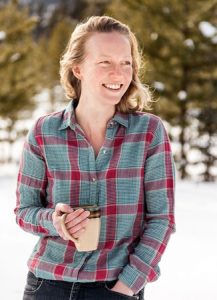 Explorer, adventurer and writer Kate Harris will be giving a solo reading at the Denman Island Readers and Writers Festival (July 15 – 17). Harris will also participate in a conversation with novelist Cedar Bowers, titled Outsiders in Life and Literature that will be moderated by Howard Stewart.

Unable to realize her childhood dream of travelling to Mars, Kate Harris decided to trace Marco Polo’s Silk Road by bicycle in 2011, accompanied by her childhood friend Mel(issa) Yule. Previously the pair had cycled through Western China for four months in 2006. A film called Cycling Silk documented their ten months, ten countries and ten thousand kilometres via pedal power through remote parts of Asia in 2011, leading to social media publicity and Harris’ first book, Lands of Lost Borders: Out of Bounds on the Silk Road (Knopf, 2018).

Avoiding land mines, rock slides and prostrate pilgrims, the pair pedalled in Turkey, Georgia, Azerbaijan, Kazakhstan, Uzbekistan, Tajikistan (the poorest ‘stan’ of them all), Kyryzstan, Afghanistan, Nepal, Tibet and China. To enter Tibet, they disguised themselves as androgynous Chinese cyclists. The catchline is: she has knack for getting lost. Along the way Harris has been found by an international publishing consortium and named one of Canada’s top modern-day explorers. The book was a number one national bestseller in Canada and has been translated into several languages.

In March of 2019 Kate Harris was awarded the $30,000 RBC Taylor Prize for Lands of Lost Borders. She also won the Kobo Emerging Writer Prize, the Edna Staebler Award for Creative Non-Fiction and the Boardman Tasker Prize for Mountain Literature.

Harris has degrees in science from MIT and the University of North Carolina at Chapel Hill, and in the history of science from Oxford, where she studied as a Rhodes Scholar.  She lives off-grid in a log cabin in northernmost British Columbia. 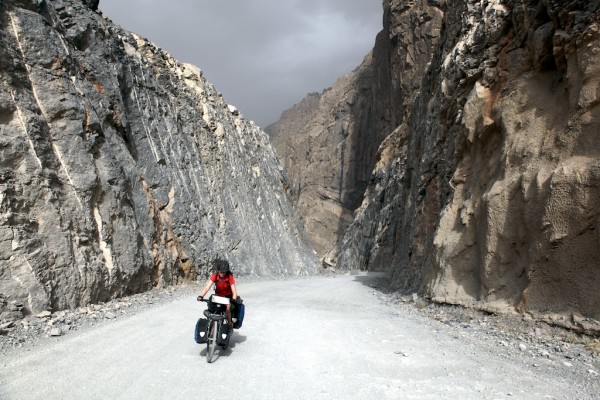