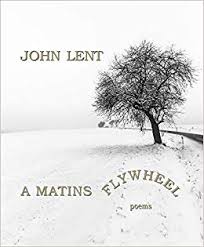 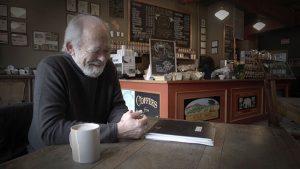 In 2018, as a veteran vocalist John Lent released his sophisticated CD of original, often bluesy songs, Strange Ground, as the first of five projected CDs for The Lent Brothers project involving his four brothers who are also musicians. In 2019, he has rebounded as a writer with A Matins Flywheel (Thistledown $20), a remarkable poetry-prose memoir of serious reckonings. His successful quadruple-bypass surgery and his wife Jude’s serious health challenges–although seldom referenced in the text of his diary-like reports from 2014 to 2017–were no doubt transformed into constructive catalysts for his “de-romanticized” exploration of “the fragility of so-called cleverness” and other states of anxious distraction. For anyone who hankers for release from day-to-day duties and ambitions, beyond one’s practical, survivalist self, it’s a meditative confessional to re-acquaint oneself with what it feels like to be “truly blessed, wonder-filled, wonder-full.” A Matins Flywheel is an honest and penetrating exploration of the mutability of vulnerability to truthfully monitor what it is to be one human in a gigantic world. 978-1771871914