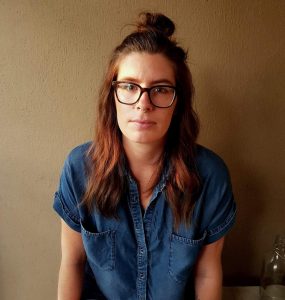 Her winning story, Bad Cree is about an Indigenous protagonist who struggles with self-preservation and the teachings they gain from the land, its people and the figure of a crow. It was first published in Grain magazine.

Bad Cree was described by the jury as “the kind of story that wakes you up in the middle of the night, purposefully and uncomfortably.”

Johns is a member of Sucker Creek First Nation in Treaty 8 Territory in  northern Alberta. She is the managing editor for Room magazine and a co-organizer of the Indigenous Brilliance Reading Series.