In pursuit of Charlie

A grandfather and his granddaughter fall under the spell of a 9-foot-tall creature they nickname Charlie. 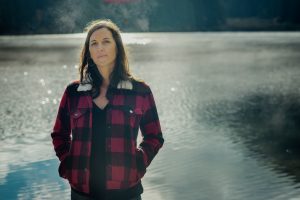 Sarah Louise Butler’s debut novel never mentions the words Sasquatch or Bigfoot. Rather the mysterious primate is a universal symbol of yearning to find someone or something to make us whole. 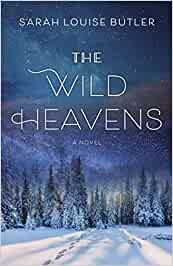 Widower Aidan Fitzpatrick first saw Charlie in 1920. That’s when he fell under the 9-foot-tall primate’s spell. The sighting of that unidentifiable creature in the woods changed the course of his life.

Fitzpatrick abandoned his goal of becoming a Catholic priest in favour of studying biology and ultimately becoming a veterinarian. He saved his money for years in order to buy property in B.C.’s interior, where that first sighting occurred.

The loner carved a cedar version of Charlie, placing it inside the doorway, anticipating a reunion with its flesh ‘n’ blood counterpart, but no reunion of man and beast has occurred.

“It was a deliberate decision not to call the somewhat mysterious creature in this novel a Sasquatch or a Bigfoot,” says Sarah Louise Butler, author of The Wild Heavens (Douglas & McIntyre $22.95) “or any other commonly used term. The use of the name ‘Charlie’ is a way around constantly having to describe it as an ‘unidentified endemic non-human primate’.”

All of us, at one time or another, have felt incomplete and disconnected. As we are introduced to other characters in Butler’s debut novel, it becomes apparent that ‘Charlie’ is a symbol of our universal yearning for finding someone or something to make us feel whole.

The lone woodsman in The Wild Heavens once had a wife who died, as well as a daughter, Lily, who left their rustic home largely in response to her fractious relationship with him.

Since then, Lily has died, in an accident, leaving her only child, seven-year-old Sandy, in her grandfather’s care, back in 1959.

The main character turns out to be the woodsman’s granddaughter, Sandy, who never knew her own father due to a short-lived marriage.

While being raised in a remote cabin that included the statue of cedar, Sandy made do with her distracted, scholarly grandfather and befriended a boy named Luke. The outdoors was their playground and their classroom: they swam, they fished, they explored, and they learned from the creatures around them.

Luke was hiding out with his mother, Eva, having escaped from a violent father/husband. Eventually Sandy married this childhood sweetheart but tragedy again intervened. Her young husband went missing from the cabin, presumably drowned, when she was pregnant with their second child.

Other than a short preface by Sandy which introduces the grandfather and the Charlie quest, the story unfolds all within one winter’s day, interspersed with memories from Sandy’s life in British Columbia’s rugged interior mountains.

Everyone is a tiny creature in a wide, wide landscape, much like the planet earth in the galaxy. The author, who is a wildlife research enthusiast and holds a degree in Earth Sciences, has done a stellar job of creating a sense of place that looms high, mysterious and vast over the humans.

“I’ve always found questions more interesting than answers,” says Butler, “and for a novel where both science and religion feature prominently, it felt appropriate that my characters couldn’t possibly have all the answers.

“I recognize that not all readers will share this view, which is why I tried to make it very clear, from the first pages of the novel, which sort of book this is.”

In a word, The Wild Heavens is enigmatic. Life is bewildering. We have a small cast of people who have been left alone: Aidan Fitzpatrick lost his wife, then his daughter. Sandy never really had a father, then she lost her mother and then she lost Luke, who had lost his father. Eventually, Sandy will also have to part ways with her grandfather.

By 2003, Luke has been gone 30 years and Sandy’s children have departed to live their own lives. Sandy has just awoken after dreaming of him. Downstairs, she discovers a sparrow trapped in the house. She opens the door to release it and discovers gigantic footprints, footprints she has not seen for 30 years, since the night her husband disappeared.

“This book is hard to categorize,” Butler says. “And maybe it’s most easily defined by what it is not. It’s not a thriller, and it’s not a Bigfoot story, and it’s is not a tale of a family living in perfect harmony with nature.

“It’s the story of a few inquisitive, flawed, hopeful people who are deeply in love with the place they live, even when its complexities and mysteries exceed the range of their understanding.

“The non-human elements receive more attention than is, perhaps, typical, but the small cast of human characters and their interactions with each other, as well as with the natural world, are at the forefront of the narrative.”

The Wild Heavens is not magic realism. It’s closer to science realism. But it explores the mystery of life. It’s one of those stories that’s bigger than the sum of its parts.

“There’s just something so compelling about their life cycle,” Luke says to Sandy, watching Kokanee spawning in the river. “The circularity of it; how they spawn and then immediately die. It’s kind of perfect in a way.”

When the enigmatic tracks of Charlie finally reappear, it is Sandy who sets out on the trail alone, determined to find out the truth about the mystery that has shaped her life. 9781771622585