Set on the mean streets of Vancouver, Sam Wiebe's noir thriller Invisible Dead will be released in the U.S. in May. 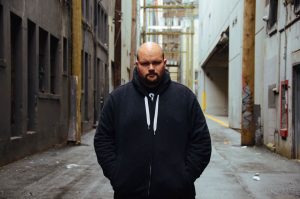 Reviewed below, Sam Wiebe’s noir thriller Invisible Dead will soon be followed by a second Dave Wakeland novel in June called Cut You Down. In both novels the mean streets of Vancouver are strewn with victims. Wiebe’s literary debut, Last of the Independents, earned him a Kobo Emerging Writer Prize and a 2012 Unhanged Arthur Award for Best Unpublished First Novel. – Ed.

Invisible Dead (Random $22) is a gritty journey into a Downtown Eastside crime world of biker gangs, drugs and suspicious characters against a backdrop of homelessness and substance abuse.