Spirit Level presents long-hidden truths that are now exploding out
of the collective social closet and puts evocative faces on them. 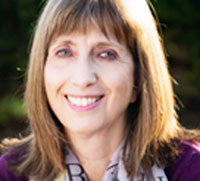 Millions of people have been following Caitlyn Jenner’s tweets, so suffice to say there’s a revelation in Sarah N. Harvey’s eleventh novel, Spirit Level (Orca $14.95), that makes it very much in tune with the curiosity of our times.

But overall this is a modern story in which Harvey sets out to explore the bonds between donor-conceived siblings.

In Spirit Level we meet a donor-conceived teenager who has grown up knowing the circumstances around her birth. While helping her sociologist mother conduct meaningful research into homeless girls in Seattle, the teen transcribes her mum’s interviews with the teenaged girls, nearly all of whom feel their families have let them down badly.

In the process, the teen decides to explore her own family—including tracking down and connecting with donor-conceived half-siblings. Over the next several months, she meets and develops relationships with her two half-sisters. One she adores instantly, the other she dislikes. One of her half-sisters holds a secret that, when finally revealed, shifts the way the teen sees the world.

“It’s that whole nature/nurture thing,” says Harvey. “That’s part of what I wanted to talk about with this book.” Equally important, Harvey explores how the hunger to belong—to know where we’re from and who we belong to—is a universal urge.

“Who is my tribe? That is really the driving force,” she says. “Spirit Level is about the tribes, and the variety within those tribes.”

So it is that Harvey populates her story with a fistful of dynamic, non-mainstream characters rendered in vivid strokes: lesbian moms; a single mother risen from the ashes of addiction and abuse; a compulsive liar with a real possessiveness problem; and a transgendered character. No stranger to digging into life’s thorny issues, Harvey has written about plastic surgery, teen pregnancy, aging and death, and mental illness.

Although Harvey makes her living as an editor, she says she is able to separate her writing from her day-job. “I allow the editor to have a place in the book after I’ve written a substantial amount of it,” she says. “But my writing style for a first draft is not to just ‘get it all out onto the page.’ My style is to write a chapter, go back over and revise it, and then write the next. I revise heavily as I go along, so my first drafts are pretty clean.” It amounts to what she calls her slinky method: drafting freely, looping back to revise, then unrolling the new words. Not only does this approach help her remember where she’s at in the story, it develops the nuances of her characters, who start out as mere pencil sketches.

Families are complicated. They are beautiful things, ever-evolving things, safe things, where warm, soft bonds keep everyone knitted together in mutual harmony.

Either way, families are not always defined by blood. Courageous types who follow their truths and break with others’ expectations can free themselves of toxic bonds and form their own healthy tribe consisting of people who actually make them feel good.

This is the central tenet of Harvey’s newest, 233-page young adult novel, a tension-rich, conflict-a-minute ride that packs a helluva didn’t see THAT coming, didja? whallop about halfway through. Complex and delicately layered, Harvey’s characters—and their families—stay with you.

Nobody’s story is straight. The dynamism and unconventionality of Harvey’s characters reflect today’s realities. Nobody’s family—indeed, nobody’s inner world—is entirely conventional, at least not once you look under the hood.