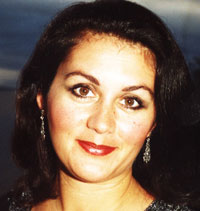 There are two kinds of biographies of living persons: authorized and unauthorized. Unauthorized biographies, while not necessarily negative, tend to include facts and rely on sources the subject might not like.

Conversely, authorized biographies, while not necessarily puff pieces, tend to avoid such facts and sources.

What, then, to call Christy Clark: Behind the Smile (Heritage House $32.95)? In her introduction, Judi Tyabji (pictured at right) insists it is not an authorized biography. She decided to write it whether Clark co-operated or not, had the contract with Heritage House in hand before speaking to the premier, and did not provide Clark with a draft copy of the book.

“To my relief, she agreed to co-operate.”

Did she ever. Each chapter begins with a quotation chosen by Clark from one of her favourite books, The Road to Character by David Brooks. The pre-publication draft I was given to review was accompanied by a welter of photographs of Premier Clark, from childhood to present day — most of them credited either to Christy Clark herself or the government of B.C. They are unrelievedly bland.

Of the three dozen or so people Tyabji thanks for interviews or “input,” at least a third have some connection to the Liberal Party, either provincial or federal. I recognized only two with outright NDP affiliations, but there may be a few more.

In short, this is an affectionate profile. Once you accept that, Tyabji’s book is a serviceable, mostly chronological account of Clark’s rise from campus political junkie to premier. Here are childhood friends recalling a confident and outgoing girl, here she is meeting future hubby and federal Liberal strategist Mark Marissen, here she is agreeing to run for office. It all flows together with a certain inevitability. Christy Clark at the 2016 Vaisakhi Day festivities in Surrey.

I say “mostly chronological” because Tyabji occasionally wanders down a byway, such as a short and puzzling chapter about the legislative press gallery, which serves mainly as a hat-tip to Global TV’s Keith Baldrey, and the Vancouver Sun’s Vaughn Palmer.

What you won’t find is any deep analysis of Clark’s political philosophy. In fact, on the evidence presented, Marissen was the policy wonk in the family while Clark concerned herself with campaigning and inspiring the troops.

Nor will you find many pithy quotes from friend or foe. This may be due to Tyabji’s practice of conducting interviews by email, then letting interviewees vet the results—not the likeliest route to spontaneity.

The liveliest description of Clark as a political rookie comes from press gallery veteran Keith Baldrey, whose first impression was “a bit of a party girl (who) smoked a lot, partied hard and worked hard.”

No bio of Clark would be complete without a look at the sexism she has weathered, and Tyabji, to her credit, addresses her husband Gordon Wilson’s ill-considered reference to brooms as Clark’s vehicle of choice. But should that chapter include 12—12! —pages of an essay from a retired Halifax psychologist whom Tyabji encountered on social media?

Of Clark’s 2001 cabinet debut, Tyabji writes: “Christy Clark, as education minister, changed policies to help working mothers and moved forward with an agenda to change the education system to expand the role of parents and introduce a rating system, which was not something welcomed by the BCTF,” Tyabji writes.

Um, yes . . . but she also tore up a legal contract, stripping the teachers’ union of its right to bargain on class size and composition and sparking a legal battle that is awaiting a hearing in the Supreme Court of Canada. This is glossed over.

One of Clark’s sharpest political shivs was directed at former cabinet colleague George Abbott, who ran against her for the party leadership. She bounced him as treaty commissioner two weeks before he was due to take the job. Tyabji mounts a barely coherent defence of this.

And yet, that same chapter, dealing with Clark’s relationship to First Nations is one of the best in the book, benefiting from Tyabji’s interviews with a dozen or more First Nations and Métis leaders.

One Response to “Clark’s drive”