In the frenzy of freedom 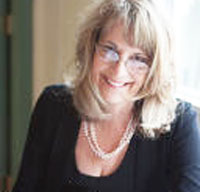 Caren Powell of Brentwood Bay was born on May 24, 1956 in Johannesburg, South Africa. In 1994, Caren Powell and her family left their farm in South Africa to settle on Vancouver Island.  Her first novel, the Dark Side of the Rainbow (CAP Publishing/Sandhill) explores apartheid, the fight for freedom and the struggle for change while offering a knowledgeable and unflinching perspective on what it meant to be black or white during years of tumultuous change. Powell lived in South Africa for 38 years during the apartheid era, including Nelson Mandela’s release after twenty-seven years in jail, and his campaign to force the government to a free election. She remembers the drums, the ululating, the toi-toi of dancers in a political frenzy; the black eyes of the rioters when caught in their midst; her anger when the young girls on their farm were raped; the horror when her neighbours were murdered. She remembers learning to shoot and carrying a gun at all times. Her novel, The Dark Side of the Rainbow, is based on these experiences.