I is for Imbert 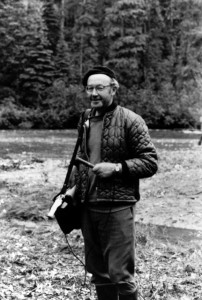 After Imbert Orchard moved from England to B.C. in the aftermath of the Second World War, CBC hired him as a regional editor for television scripts in Vancouver. He later he began producing documentary history programs for CBC Radio. Before he died in 1991, Orchard donated his invaluable archive of B.C. history recordings to the B.C. Archives, mostly gleaned from his travels around B.C. with recording engineer Ian Stephen between 1959 and 1966. The pair recorded some 998 conversations, mainly with pioneering British Columbians, totalling 2,700 hours of material. With an MA in history, Robert Budd of Victoria has scoured through Orchard’s invaluable collection of recordings to prepare Voices of British Columbia: Stories from our Frontier (D&M 2010) and now Echoes of British Columbia: Voices from the Frontier (Harbour $35). The books combine archival photos and sound recordings on DVDs to represent one of the largest oral history collections in the world. 9781550176780