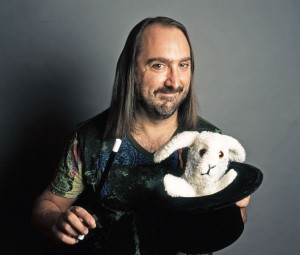 Easily one of the most versatile and affable authors in B.C., the critic, playwright, screenwriter, humourist and man-about-town Mark Leiren-Young has applied for the writer-in-residency post at Vancouver Public Library on several occasions, but he doesn’t get chosen. Maybe his hair is too long. Maybe he’s male. The world is full of mysteries, like the disappearance of that jetliner, that might never get solved. But he perseveres.

Having just been selected as Vancouver’s first Jewish Literary Laureate, a new distinction shepherded into existence by cultural activist Yosef Wosk, Leiren-Young has been chosen to also serve as  Richmond’s Writer-in-Residence for 2014.

“Participants at this workshop can uncover their own authentic writing voice and explore different approaches to telling and sharing stories,” said Leiren-Young.  At the end of the course Leiren-Young will compile the students’ writing and create a chapbook.

Participants and guests are invited to a Chapbook Launch  and Public Reading with the participating ESL writers on November 18th from 7-9 p.m. at the library. The chapbook will also be featured on the library’s Create & Learn site after the residency.

“Participants will learn about new online opportunities and how to craft stories for a web audience,” added Leiren-Young. “Blogging, podcasting, YouTube, and social media – all these are ways to share your stories online.”

On Friday, Sept. 26th the Writer-in-Residence Public Reading Launch takes place in the Cultural Centre Performance Hall from 7-9 p.m. This is a free event for adults and older teens. Pre-registration for this event is recommended: call 604-276-4300 and quote program #653858.

As a journalist Mark Leiren-Young has written for such publications as Time, Maclean’s and The Utne Reader, and he’s received a National Magazine Award as a columnist. He’s has been a regular contributor to The Georgia Straight and is a humour columnist for The Tyee.

Mark Leiren-Young wrote, directed and produced the feature film The Green Chain—a documentary-style drama about a dying B.C. logging town. The Green Chain opened at the Fifth Avenue Cinemas in Vancouver in March of 2009, having won a major prize at the 15th annual FICMA Film Festival in Barcelona. It was touted as “a powerful, funny and thought-provoking film about the conflicts between people who love trees—on both sides of the battle—and are willing to risk anything to protect their personal visions of the forest.”

He’s half of the comedy duo Local Anxiety and has released two CDs—Greenpieces and Forgive Us We’re Canadian and stars in the 2012 solo stage comedy Greener Than Thou. His other books include The Green Chain—Nothing Is Ever Clear Cut and This Crazy Time, written with/about Canadian environmentalist, Tzeporah Berman. His candid, often painful, but always amusing memoir of post-pubescent ambitions for fame and love is Free Magic Secrets Revealed (Harbour 2013).