The Kootenays has lost a literary maven. 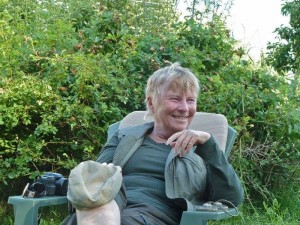 Holley Rubinsky was much admired and loved for her unflinching intelligence and feminism.

Holley Rubinsky resided in Kaslo, B.C. for more than thirty years prior to her death at age 72, due to cancer, in August of 2015.

Born in Los Angeles on May 18, 1943, Rubinsky was predeceased by her second husband, Yuri Rubinsky, whom she met in Banff, where she also befriended writers Alistair McLeod, Sandra Birdsell and W.O. Mitchell. She is survived by her daughter Robin Ballard, who lives in Switzerland.

Her second book, At First I Hope for Rescue, was nominated for the Ethel Wilson Fiction Prize. The title story in Rapid Transits and Other Stories (Polestar, 1991) won the $10,000 McClelland & Stewart Journey Prize and the National Magazine Award Gold Medal for Fiction (published by Malahat Review). Set in the interior of British Columbia, Rubinsky’s novel Beyond This Point (McClelland & Stewart, 2006) examined the lives of five women dealing with unavoidable change. It was followed by a short story collection, South of Elfrida (B&G $19.95). With her M.Ed from U.C.L.A., Rubinsky also hosted literary retreats and enjoyed teaching children with disabilities at the Kaslo Elementary School. She had a single-engine land private pilot’s license obtained after she received a scholarship from the Ninety-Nines, the International Organization for Women Pilots, and sold an article to Cosmopolitan Magazine about learning to fly. Those funds paid for her lessons in a Piper Cherokee 140 at Santa Monica Airport. In her later years she practiced Mahayana Buddhism as taught by the Dalai Lama.

In 2015, she wrote on her website: “As a baby I had “anxiety hands”. My parents thought that my staring at people and wringing my hands was funny. I must have known something even back then. How one gets from a baby and child – not overly loved but not badly treated, either – to a teenager and adult riven by depression, guilt and various neuroses (I spent years in analysis) is a mystery. I probably did have a major disorder, which I wrote about in a story called “Borderline” in South of Elfrida, that made it necessary for me to “ride shotgun” on an unreliable mind.

“Insomnia and fibromyalgia, knowing too much about sexual assault on a child and never discovering why, lack of confidence, often overwrought, did not make me an attentive mother. Since studying Mahayana Buddhism as HH the Dalai Lama teaches it to the West, I see that many of my emotional issues were self indulgent, and, I realize now, a waste of time.

“Yet, fictionalizing my misery did enable me to get through those crazy days. Having written, the writer is saved. I had a supportive second husband, Yuri Rubinsky, for whom I was always grateful. He died far too young, at 43. You don’t marry a younger man to be left a widow, but it happened to me. “I was raised by the ocean, with grey skies and smog. Moving to the mountains, choosing a place that would hold me in the long run was what I did when I moved to the village of Kaslo, B.C., population still hovering around one thousand. Kaslo is a real community with a mixed bag of people. The resurrection and evolution of my house – without plumbing or heating or foundation when I bought it – involved me for thirty-five years; it’s now beautiful and homey with a second-storey sleep deck, a sensible idea if you live in bear country. I longed for the ocean, however, and had to learn to love what I saw looking out.”

Born in Krakow in 1924, her mother-in-law, Anna Rubinsky, died only two months before her, in Victoria.

Her final publisher, Ruth Linka, commented upon Holley Rubinsky’s death: “I was honoured to work with Holley at Brindle & Glass, first to publish South of Elfrida and then later when she edited for us. In South of Elfrida Holley wrote about women on the move, physically and emotionally, and even though community and her home were clearly important to her, I will always remember Holley as a person open to others, to new experiences and to travelling in every sense of the word.”

Weight of the Bear (self-published limited edition, 2008). A shortened and edited version of Beyond This Point.