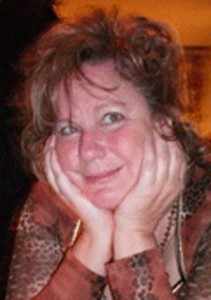 The second book of poetry by Bowen Islander Jude Neale (pictured at right), A Quiet Coming of Light: A Poetic Memoir (Leaf Press $17), has been nominated for a Pat Lowther Award for best poetry collection by a female Canadian poet.

It’s welcome news for Ursula Vaira’s lively imprint, Leaf Press, headquartered in Lantzville. Gradually Leaf Press has gained ground in the B.C. publishing scene to become one of the leaders in new poetry by female authors. Vaira earned her publisher’s stripes during her long association with Oolichan Books, an imprint that has now moved to Fernie. Patrick Lane is up for the Souster Award

At least four of the six nominated titles for this year’s Lowther competition are B.C.-connected. They include Joanne Arnott for Halfling Spring: an internet romance (Kegedonce Press); Jen Currin for School (Coach House); and Lisa Robertson for Cinema of the Present (Coach House).

Jude Neale is the only poet whose nominated title emanates from a B.C. publisher.

Patrick Lane with Washita (Harbour) and Laisha Rosnau with Pluck (Nightwood) have been nominated for the Raymond Souster of Award for the best book of poetry from a member of the League of Canadian Poets.

The League of Poets awards provide only $1,000 per winner whereas the annual Leacock Medal for Humour offers $15,000. Aaron Bushkowsky, favourably reviewed in the current issue of B.C. BookWorld, is one of five finalists for his novel, Curtains for Roy (Cormorant Books). Other finalists are:

Howard White, Arthur Black and Bill Richardson are among the B.C. writers who have won the Leacock Medal, as well as the venerable humourist Eric Nicol who won it three times.

Here is the B.C. BookWorld review for Bushkowsky’s Curtains for Roy about a crazed and death-defying Shakespearean production in the Okanagan, during which two friends compete to out-drink and out-insult one another while the valley is ravaged for forest fires. It was entitled Two Gentlemen of Kelowna. Anyone who has enjoyed the wisecracking tomfoolery of Steve Coogan and his fellow impressionist Rob Brydon as unlikely restaurant critics in their buddy/road movies The Trip (in northern England) and The Trip to Italy will gobble up the banter in Aaron Bushkowsky’s continuously clever Curtains for Roy.

Curtains for Roy starts a bit like Withnail & I Go To The Okanagan except the dissing duo are older, semi-successful theatre types on a wine tour. Alex, a playwright with writer’s block, has agreed to chaperone his old friend, Roy, a theatre director who is dying of lung cancer, on a palliative adventure.

After much imbibing and self-loathing, trading barbs and uncomfortable truths, Roy is called upon to save a crumbling production of A Midsummer’s Night Dream for Kelowna’s first Bard in the Vineyard presentation.

The countryside is ravaged by fires that force evacuations in the Okanagan during rehearsals—events that occurred in 2003 when Vancouver’s Bard on the Beach generated a satellite project called Bard in the Vineyard, giving rise to this novel. In Bushkowsky’s darkly comic Curtains for Roy the show is bankrolled by a biker-turned-vintner who has insisted his current squeeze must have a leading role.

The intimacy between Roy and Alex resembles the camaraderie that Coogan and Brydon (who aren’t close friends in real life) provide in their movies. Roy and Alex are bonded by their love of theatre and a stabbingly severe frankness that reassures both parties they can be original. For good measure, Bushkowsky adds the fact that Alex once saved Roy’s life when they were kids.

Nobody can dish out the truth like a close friend. It’s a service, of sorts. If you have a friend tear you apart, it spares you the misery of doing it to yourself. Along the way Bushkowsky even takes veiled potshots at himself. A detested theatre critic [is there any other kind?] attacks the playwright Alex, saying, “Instead of conflict you write snappy dialogue, hoping nobody will notice how empty your stories are… The sad truth is you can’t create meaningful relationships if you don’t know how to have them yourself.”
Ouch.

A jaundiced but talented actor offers this disturbing rant about commercial thespianism.

“Even if we bring a little more meaning, it doesn’t mean enough. People still go home after the shows and they ruin their lives with indifference and boredom. We’re just a ripple in the ocean of who-gives-a-shit. We’re singing cartoon frogs in a cartoon that nobody sees… We’re their concept of high art, so they don’t feel guilty about buying their next RV or SUV…

“What’s Shakespeare to them? Old English with physical comedy. How much do they understand? How much do they really care?… They desperately want some poetry in their lives, but they don’t even know what it is. So they wander down to the winery jingling their car keys, hoping we’ll give them a brief glimpse of glory, a blink of insight, so their tvs don’t hurt their eyes so much late at night.”

As the story unfolds, and the drama of the upcoming production becomes more important than the duo’s friendship, Bushkowsky proceeds to generate more plot-driven entertainment.

Will Alex have a tryst with one of three attractive women who have crossed his path? Will Roy live to see opening night?
Will the unwanted actress rise to the occasion? Or will it all crash and burn—figuratively or literally?

There was time in this fair land when the railroads used to run…. when great fiction from a small but enduring imprint in Western Canada could be admired and widely discussed.
Curtains for Roy is perfect grist for a movie. It is a brilliant comedy of manners that deserves to be touted as a generational follow-up to Douglas Coupland’s Generation X.
But these days Canada’s fiction playing field is slanted increasingly back towards Toronto.

The likes of Bushkowsky might as well be published from Vladivostok.

It is an unusual prize in that the five shortlisted titles are selected by one person, The Walrus fiction editor Nick Mount.

B.C. contenders are Alix Hawley for All True Not a Lie In It (Knopf Canada) and Chelsea Rooney for Pedal (Caitlin Press).

Authors Helen Humphreys and Richard Wagamese will assist Mount in selecting a winner for a Toronto ceremony on May 21.

Here’s a short review of Pedal. These days, it’s hard to write a shocking novel. Chelsea Rooney, an MFA graduate of UBC’s creative writing program, and a host of The Storytelling Show on Vancouver Co-op Radio, has given it her best shot with Pedal, an exploration of the largely avoided subject of the potential pleasure that can arise from sexual violation.

Julia’s somewhat morbid fascination with the subject matter of her thesis is made more disturbing by her empathy for adults who desire children. During her research she runs into her friend’s new roommate, Smirks, an athletic and attractive man who admits to being attracted to pre-pubescent girls, and she finds herself attracted to his “Caravaggio model” physique. Her mother is addled with dementia and her father, nicknamed Dirtbag, is an undisputed rapist who victimized Julia when she was young, so her thesis advisor, Bob, is apprehensive about encouraging her studies, troubled that her work might not be motivated by science.

When her thesis advisor and her boyfriend Thierry both part company with her simultaneously, Julia invites the shaggy, beefcake Smirks to accompany her on a 6,000-kilometre bike trip in search of her father. The bike journey that gives rise to the title Pedal entails explicit sex, drugs, drinking and a very disturbing encounter in rural Saskatchewan–after which she is abandoned
by Smirks.