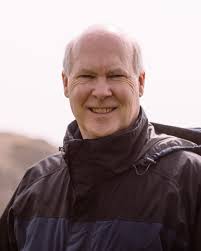 Colin Henthorne has been awarded the Canadian Nautical Research Society’s Keith Matthews Award for a book deserving special recognition for The Queen of the North Disaster: The Captain’s Story (Harbour Publishing, 2016).

The award is given to a maritime book published the preceding year, which, in the view of the award committee, “offers an important record that would, in the future, be cited by historians.” The jury lauded Henthorne’s book for providing a comprehensive and balanced account of the marine tragedy.

In The Queen of the North Disaster, Henthorne reflects on the 2006 sinking of the BC Ferries passenger vessel Queen of the North, which happened off Gil Island, approximately 135 kilometres south of Prince Rupert. The impact tore open the ship’s bottom and ripped out the propellers. In just over an hour, she sank to the bottom of Wright Sound. And despite the crew’s skilled evacuation, two passengers went missing and have since been declared deceased.

Queen of the North, before the sinking

No one knew the ship, the crew and the circumstances that tragic night better than Henthorne, the Queen of the North’s long-serving captain. This valuable record recalls with accuracy and detail that ill-fated voyage and reveals an inside look at a modern marine disaster.

Colin Henthorne was born in Vancouver and grew up in British Columbia. He has spent nearly all his life living and working on the water. He got his first command at the age of twenty-one and his entire career has been dedicated to command. He sailed as a master with BC Ferries starting in 1990 and was fifty-two when the Queen of the North sank. He has continued to work aboard and to command ships. At the time of writing he is a Canadian Coast Guard Rescue Co-ordinator at the Joint Rescue Co-ordination Centre in Victoria, BC.

The winners of the Keith Matthews Awards were announced in August at the Canadian Nautical Research Society’s annual conference in Halifax, NS.