A 1918 press report stated, "Dr. H.C. Wrinch proved himself to be one of those supermen whose ambition in life was to administer to the sufferings of humanity." 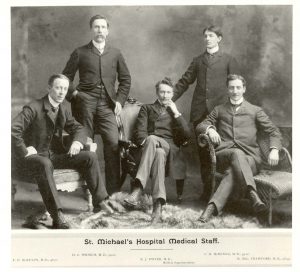 Dr. Horace Wrinch (standing at left) went from metropolitan Toronto to the remote village of Hazelton.

When he moved to Hazelton in 1900, Horace Wrinch built the first hospital in B.C.’s northern interior and it served an area from Atlin in the north down to the Cariboo, and from Port Essington on the coast to Edmonton.

Tucked into the pages of Geoff Mynett’s biography of Horace Wrinch, Service in the Skeena (Ronsdale $21.95), is the story of how the citizens of Hazelton woke up in the early summer of 1906 to a double murder. Everyone assumes the killer is the respected Gitxsan businessman and trapper Simon Gunanoot; no one appears to care. Rather than face an all-white jury, Gunanoot evades arrest along with his parents, his wife Sarah, their two children, another child she had had with a previous partner, as well as his brother-in-law Peter Himadan and his wife.

“Life was extinct.” These three dispassionate words were noted by the attending physician Horace Wrinch as he examined the first murder victim. He would regrettably repeat them only hours later when a second body was discovered. 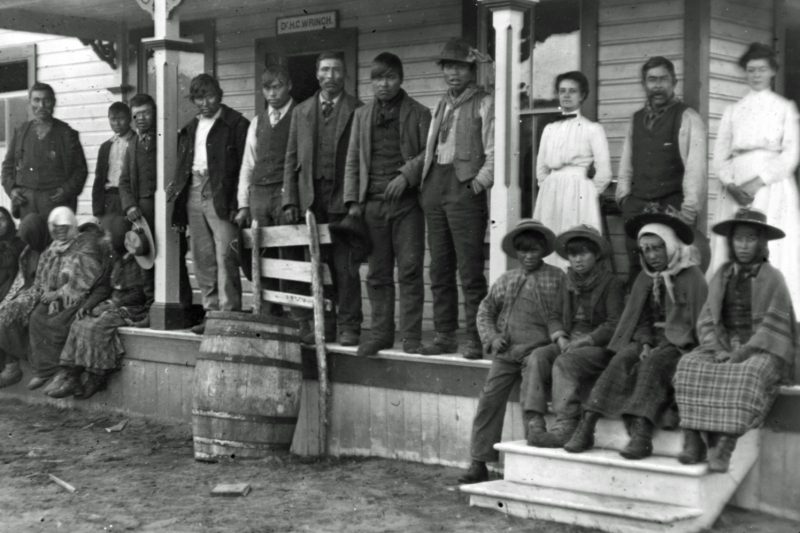 Dr. Wrinch earned a reputation for not distinguishing between the Whites and the Indigenous people in his hospital.

Gunanoot hid in the deep woods only to reappear back in town every now and then to replenish his supplies and occasionally have a few drinks. He also brought his children to the village’s hospital where they were seen and treated by Dr. Horace Wrinch. In essence, like the rest of the townspeople, Wrinch, too, was aiding and abetting the fugitive group. He had taken a physician’s oath to do so; and his Methodist training emboldened him, but what was his obligation to the Provincial Police?

Wrinch is sometimes mentioned in those trade paperback B.C. histories found scattered around gift shops in provincial parks and wire racks in service stations. They generally only state what Wrinch did, not who he was. 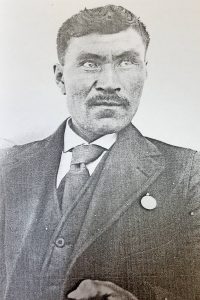 Gunanoot hid from law enforcement for thirteen years before surrendering, only to be acquitted of the murder charges. This famous B.C. outlaw story, on par with the so-called “Gentleman Bandit” Bill Miner, has been told extensively elsewhere, most notably in David Ricardo Williams’s classic Trapline Outlaw: Simon Peter Gunanoot (Sono Nis 1982) in which we learn Gunanoot had killed the two white men because he was offended by one man’s disparaging remark in reference to either his wife or the morality of Gitksan women in general.

This well-known Gunanoot story is mentioned almost in passing in Service in the Skeena. There is so much more to know about the physician rather than the outlaw to whom he provided medical care.

Horace Wrinch arrived in Canada in 1880, and he came to B.C. in 1900. Being raised on a farm in England, there was no notice or record of him being a wunderkind. He farmed again in Ontario with his brother.

Methodism spoke to him and he hoped to represent the Church as a missionary. His capacity for learning was matched with an overriding aptitude for healing. He graduated as a doctor and later as a surgeon from Trinity Medical College in Toronto in 1899.

Mynett frequently reminds readers that Horace Wrinch was an immigrant farmer, landowner and agriculturist before he trained to be a Methodist minister, missionary, physician and surgeon. In all his pursuits, he was evidently indefatigable.

According to Mynett, Wrinch was “often found asleep on the side of the road in his cutter [automobile], wrapped in fur robes. After being out on all-night calls, he would be back in the hospital at 6 a.m.” 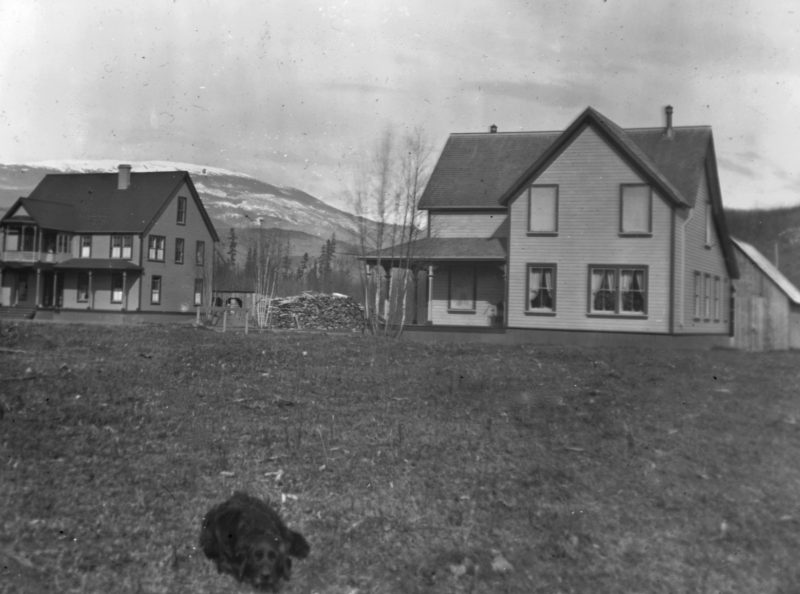 The Wrinch family home in Hazelton (right) and the hospital Dr. Wrinch designed and built (left).

The impression that builds is that Horace Wrinch was always a man of action:

Histories written by a family member are typically unreadable vanity projects of interest only to the author’s immediately family, and even that is not guaranteed. Geoff Mynett, a retired lawyer who is married to one of Wrinch’s granddaughters, is too good a writer to follow suit. He manages to be an insider who can also write from a distance, creating an immensely fascinating narrative about a remarkable healer who brought and often forced change during exceedingly challenging times and circumstances. Mynett brings the human side of Horace Wrinch to life in this accessible and superbly written work. 978-1-55380-575-5 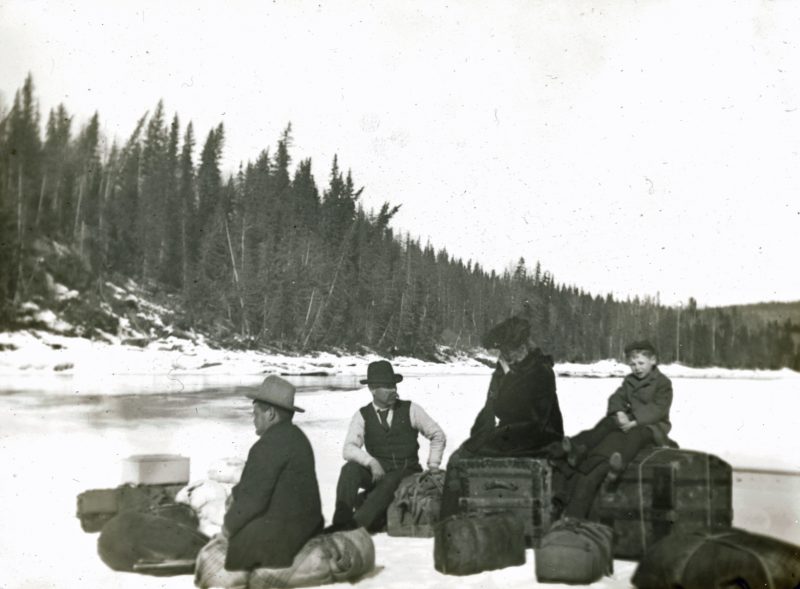