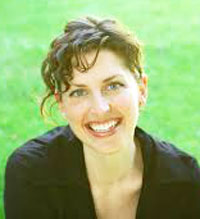 Alix Hawley of Kelowna has won the $6,000 CBC Short Story Prize for her story, Witching. Hawley was runner-up in this contest for short stories in 2012 and 2014.

Selected from more than 1800 works, Witching can be read at CBCBooks.ca and the story will be published in the May edition of Air Canada enRoute magazine. Hawley will also receive a 10-day writing residency at Banff Centre for Arts and Creativity.

Her first novel, All True Not a Lie In It, won the Ethel Wilson Fiction Prize and the Amazon.ca First Novel Award. It was also longlisted for the Scotiabank Giller Prize.

The contest is coordinated by CBC Books, the CBC’s “online home” for literary content. The Canada Council for the Arts provides the prize money. The jury was composed of writers Jen Sookfong Lee, Shyam Selvadurai and Marina Endicott. Their judges’ statement reads:

“Witching is charged with tender dread—the calamity of a damaged soldier’s return from Afghanistan. Vivid images of war and the formless desert draw us in and, along with his wife, we incrementally learn the geography of his altered nature. This story springs from his parched silence, but rings and resonates with his wife’s silenced and impossible rage. The language is elegant and understated and draws the reader deeply into this world.” As a fourth-generation resident of Kelowna, teaching at Okanagan College, Alix Hawley first explored attractions and distractions in her “dark and sharp” fiction collection, The Old Familiar (Thistledown 2008). Then, in 2014, Hawley won the 2014 Canada Writes Bloodlines competition, judged by Lawrence Hill.

These distinctions dovetailed with the release of  All True Not A Lie In It (Penguin 2015), a funny and poignant historical novel set during the American Revolutionary War, told in the voice of Daniel Boone, as a “white Indian.” After being raised in a Quaker colony in Pennsylvania, Boone is twice captured by Indians in Kentucky, gaining an intimate appreciation of the Shawnee. For a review of this novel, visit ABCBookWorld.com