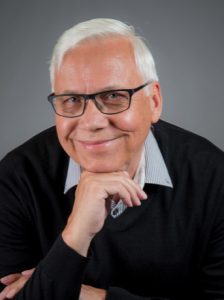 Spanning generations and geography, Glen Huser’s novel Burning the Night (NeWest Press $19.95) portrays a small-town young man, Curtis who moves to Edmonton where he forms close ties with his elderly, blind Aunt Harriet. He learns of Harriet’s intended husband who died in World War 1 and the artsy friends in her past. It inspires Curtis to realize that he wants to get into the arts and find fulfilling love. Curtis also discovers he is a gay man. Glen Huser was a sessional lecturer in children’s literature and creative writing at UBC for several years and his short stories have appeared in literary magazines. His past books have been nominated for, and won several awards. 978-177439-011-5