An 18th century prophet for today

Benjamin Lay, born in England in 1682, was among the first to fight against slavery and animal cruelty. 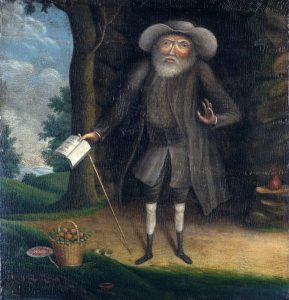 A militant vegetarian, feminist and abolitionist way ahead of his time, Lay’s message is more relevant today than ever as described in a new graphic novel by Vancouver’s David Lester.

He is one of the most important abolitionists that history almost overlooked. Benjamin Lay persistently protested to his fellow Quakers, many of whom owned slaves, that slavery was irredeemably evil.

In his time, this was considered radical thinking. Lay was met with prejudice and backlash. It would take years after his death before Quakers finally banned slave-owning amongst their members although the Quaker abolitionist movement was eventually influenced by Lay. Quakers went on to become some of the most outspoken abolitionists. 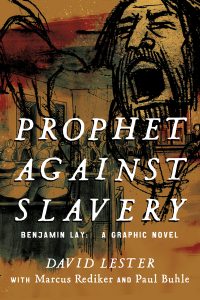 A believer in non-violence, Lay ingeniously used guerrilla theatre to express his radical ideas. In one of his more well-known actions, sometimes called the ‘Pokeberry Juice Incident’, Lay attended the 1738 Philadelphia Yearly Meeting of Quakers with an animal bladder containing red berry juice hidden inside a hollowed-out book. He stood up, announcing to the gathering that included rich Quaker slave-owners, “Thus shall God shed the blood of those persons who enslave their fellow creatures.” He then plunged a sword into the book and the “blood” splattered on the heads and bodies of the horrified slave-keepers.

Needless to say, Lay’s fellow Quakers were not fond of him. They attempted to silence Lay through censure, mocked him and his appearance, and downplayed his ideas as those of a man driven by strife and contention. Lay was heckled and often dismissed as crazy. But Lay had great moral courage and ignored their comments. He continued his direct action to shame slave owners and traders wherever he encountered them. 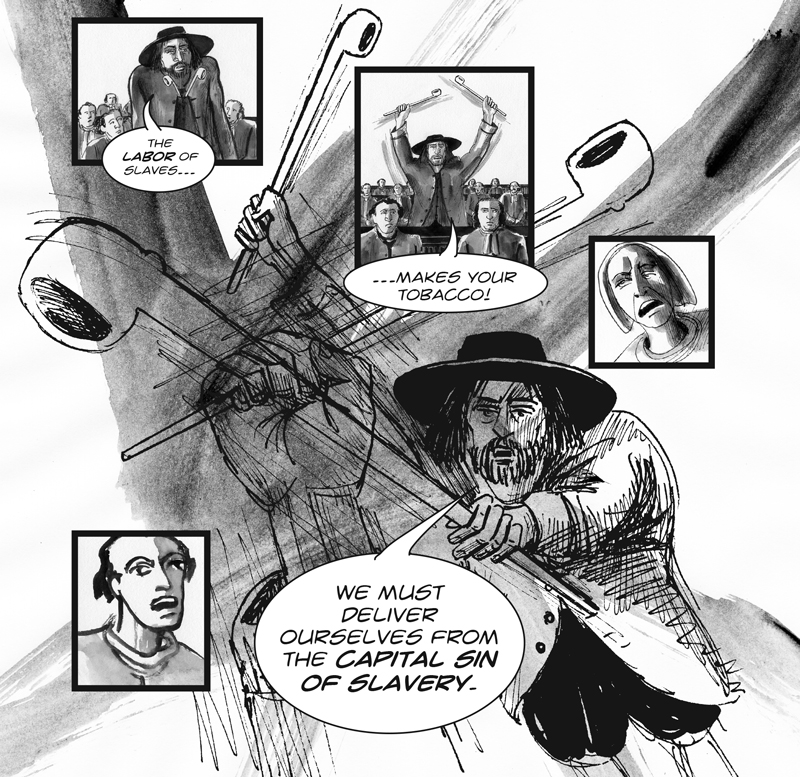 Benjamin Lay not only spoke out against slavery and animal cruelty, he changed his own life by boycotting all commodities created through slave labour. He understood the dark secrets of the marketplace and profits. Two commodities that he particularly refused to consume were tea (because of the slave trade in India) and sugar (he had witnessed the violent conditions under which sugar was produced when he lived in Barbados, leading him to pronounce that “sugar was made with blood”).

Lay became a vegetarian and grew most of his own food because he did not believe in the slaughter of animals. He walked everywhere because he didn’t believe in harnessing horses to be ridden. And because cotton was picked by slaves, he spun his own fabric out of flax. He even avoided the use of wool because it was an animal product.

Although Lay exhibited fortitude and moral clarity regarding the cruelties practiced against slaves and animals, he was often a lonely voice speaking truth to power. Yet, the words of this pioneer of non-violent direct action have great meaning today: “No justice, no peace!” 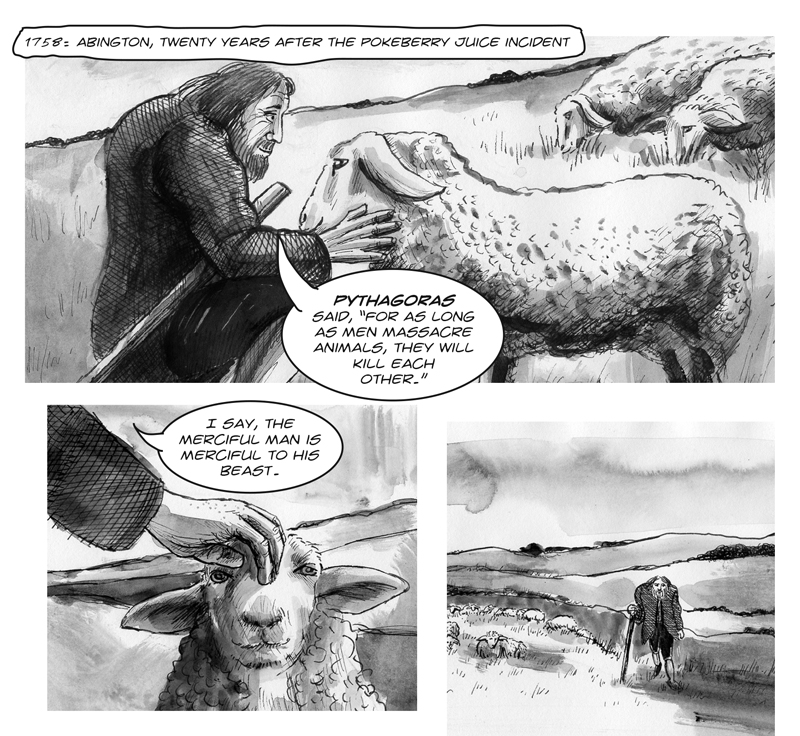