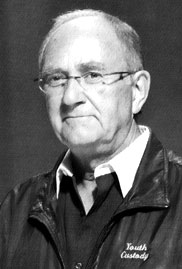 Gordon Cruse’s new, self-published study of adolescent criminals in detention, Handcuffed by History (Granville Island 2017), tracks the life adventures of a number of former young offenders over nearly four decades since their early days at Canadian youth custody centres. They share their stories in their own words. Proceeds from the sales of Juvie and Handcuffed by History, provide bursaries to Camosun students in memory of Reena Virk and Kimberly Proctor.

“What is the long-term impact of being locked up in youth custody?” responded Ian Jessop of CFAX Radio. “Handcuffed by History examines the question with compassionate first-hand accounts from those who made it through to the other side and have created new lives, often hindered by the legacy of their unfortunate beginnings.”

Retired in Victoria, Gordon Cruse also worked 14 years in the radio business, including a one-year-stint as a deejay and newsman for Radio Caroline, the first of the offshore British radio pirate ships. He also worked as a radio broadcaster in Saskatoon, Victoria and in England for the BBC.