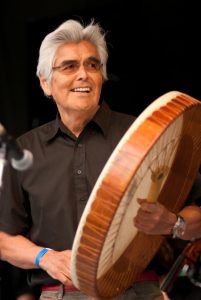 In September, 2021, the first two books in the series, “Sk’ad’a Stories” were released: Jigging for Halibut with Tsinii (Highwater Press) and Learning to Carve Argillite (High Water Press).

Set in Haida Gwaii, both feature a young boy learning important traditions from Elders and are based on the childhood experiences of contemporary Indigenous artist, Robert Davidson (at right). (Sk’ad’a is the Haida word for ‘learning.’) The series has been called “a love letter to Elders,” by Metis writer katherena vermette. She added that elders “are our doorway to the past, to the traditions, languages and ways of living that give us not just identity, but life.”

Born in Hydaberg, Alaska in 1946 and raised at Masset on Haida Gwaii, Robert Davidson is the son of Claude Davidson, a carver, and grandson of Robert Davidson, Sr., a carver and a hereditary chief of the town of Kayung. He is also related to legendary Haida carvers Charles Edenshaw and Albert Edward Edenshaw through his grandmother Florence Edenshaw. 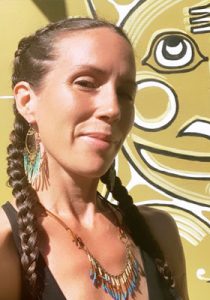 Robert Davidson teamed up with his daughter, educator Sara Florence Davidson to write the books, which are lushly illustrated by Janine Gibbons, a Haida Raven of the Double-Fin Killer Whale Clan, Brown Bear House.

These titles were shortlisted for numerous awards (including Manuela Dias Book Design and Illustration Awards and Mary Scorer Award for Best Book) and listed in multiple national “Best Of” roundups in 2021.

David A. Robertson, two times GG award winner, called the series “a quiet, beautiful meditation on how traditions are kept alive by passing them down from one generation to the next, by remembering the ways things were so we can more clearly see the way things can be.” 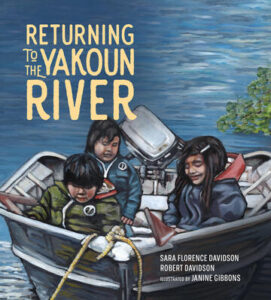 From publicity for Returning to the Yakoun River: “Experience a Haida fish camp through the delighted eyes of children as they learn from the land and from their Elders. Based on author Sara Florence Davidson’s childhood memories, this illustrated story captures the joy and adventure of a Haida fish camp. Every summer, a Haida girl and her family travel up the Yakoun River on Haida Gwaii, following the salmon. While their father fishes, the girl and her brother spend their time on the land playing and learning from Tsinii (Grandfather).” 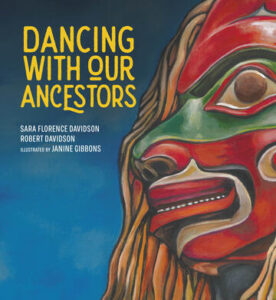 From publicity for Dancing with Our Ancestors: “Learn about the cultural significance of the Haida potlatch through the sights, sounds and dances of this once-banned ceremony. In this tender picture book, Sara Florence Davidson transports readers to the excitement of a potlatch in Hydaburg, Alaska—her last memory of dancing with her late brother. The invitations have been sent. The food has been prepared. The decorations have been hung. And now the day of the potlatch has finally arrived! Guests from all over come to witness this bittersweet but joyful celebration of Haida culture and community.”