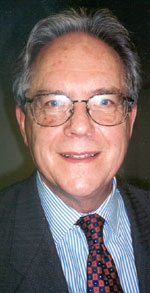 Soldier, fur trader, explorer, adventurer: Peter Pond’s life has long been shrouded in mystery even though he mapped much of northwestern Canada and mentored explorer Sir Alexander Mackenzie. Pond’s first expedition into the wilds of the northwestern territories gained him a fortune in furs and directions to a portage and river system that ultimately carried traders farther west than they had ever travelled.In The Elusive Mr. Pond: The Soldier, Fur Trader and Explorer Who Opened the Northwest (Douglas and McIntyre $34.95) Barry Gough casts a light Pond’s life and times by examining memoirs, newspaper clippings, letters and journals to help reconstruct Pond’s past. 978-1-77162-039-0

From Classroom to Battlefield: Victoria High School and the First World War (Heritage $19.95) coincides with the 100th anniversary of Victoria High School, the oldest public high school in Western Canada. Designed in 1911 by architect Francis Mawson Rattenbury, the school opened its doors in 1914 onto a new era, one vastly different from the gentle Edwardian one that preceded it. Five hundred Vic High students went to war, many dying in the muddy fields and trenches of Europe. The ones that returned wereforever changed by the experience. Barry Gough, a 1956 school alumni, retraces the lives of 20 former Victoria High students who fought in the trenches and on the battlefields of the Somme, Vimy Ridge, Passchendaele, Amiens and other frontlines. In a poignant book about war, memory, and sacrifice, Gough weaves a thread of hopes and dreams into the realities of poison gas, trench warfare and pain, while examining the legacies the conflict left on the home front. On a wall outside Victoria High School’s principal’s office is a plaque on which the graduating classes of 1917 and 1918 carefully recorded the names of each student who answered the call to arms. A small red diamond marks the names of those who gave their lives. 978-1-772030-05-1