Goliaths of the beach

Elephant seals are thriving again on the West Coast, including a new colony on Race Rocks off Vancouver Island. 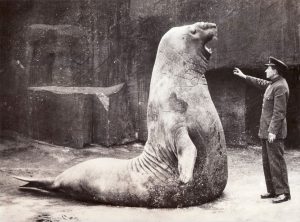 An elephant seal in a Paris zoo circa 1936 known as "Goliath," taken from the California Coast.

At the end of the 19th century, elephant seals had been overhunted to the brink of extinction. Actions by the Mexican government in 1922, “protected — and ultimately saved — a whole species,” says Linda Rogers in her new book.

Visiting seals wasn’t anywhere near the top of her sightseeing list but she pulled over for a “quick peek” at a beach below. 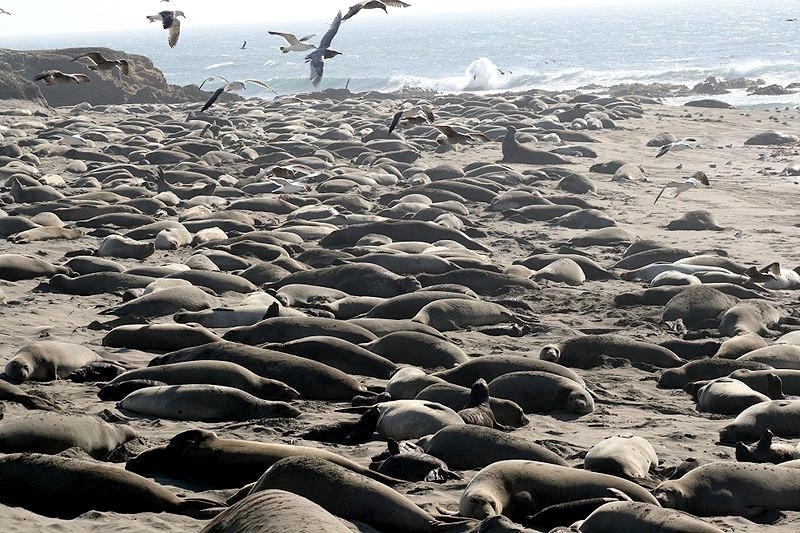 A ‘sea’ of elephant seals on the California coast.

From a distance, she thought she was looking at hundreds of dead creatures on the sand. Then she realized they were all seals “flipper to flipper and tail to tail,” lying on the beach companionably, flipping sand. They seemed to be having seal conversations.

She later wrote, “Imagine a creature the size of a small bus, making sounds as loud as an airplane taking off and moving inelegantly — though not always slowly — across the sand.”

Richards was soon hooked on the seals, especially the odd-looking males with their blubbery big noses. “You don’t forget the first time you see an adult male elephant seal,” she recalls in Return from Extinction: The Triumph of the Elephant Seal (Orca $24.95 hc) due out in October. 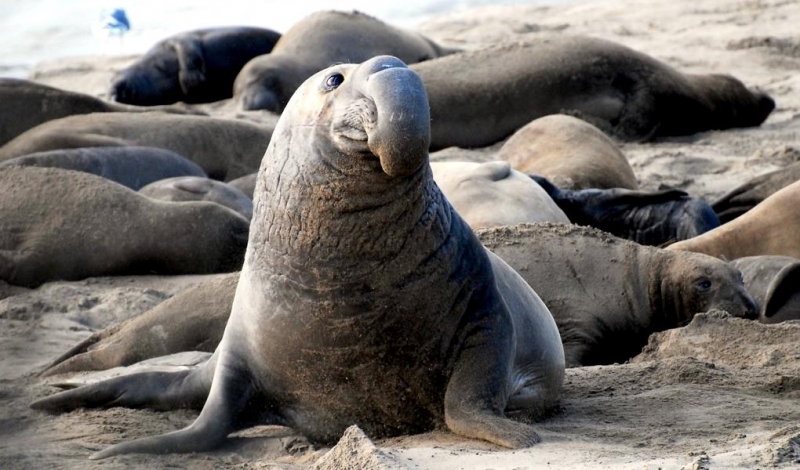 How the elephant seal got its name: mature males have a nose like an elephant’s trunk.

Only mature males have those big, protruding noses which give the mammals their name. They aren’t related to elephants.

“As far as scientists can tell, the purpose of the nose is all about breeding,” she says. “The bigger the nose, the more awesome, impressive and scary sounds the male can make. This scares off smaller (and probably less noisy) competitors when establishing their territories.”

The males can weigh over 2,000 kilograms while the females are much smaller at just over 700 kilograms. The females look like what everyone expects a seal to look: “They have large eyes, a smooth head and a friendly expression.” 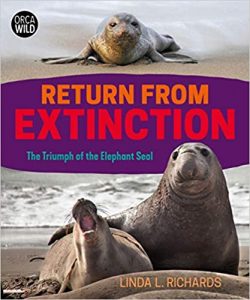 Their recovery seemed like a miracle to Richards. She wondered how it had occurred. Overhunting had brought the northern elephant seals to the edge of extinction when they were killed for their oil in the mid-to-late 1800s.

“The records of early hunters describe huge numbers and easy pickings,” she writes. “The animals could be shot or herded to one part of a beach and clubbed — females, males, young and old — and no one cared for anything but the oil in the animals’ blubber.”

By the end of the 19th century, elephant seals were scarce. In 1892, a couple of naturalists found nine northern seals at Guadalupe Island off Mexico. “In the name of science, the men killed seven of the nine for the Smithsonian Institution,” says Richards, adding that they considered it justifiable because as one of them explained, the species was doomed to extinction and few if any specimens were in North American museums.

Fortunately, by 1922, the Mexican government banned any further hunting of the northern elephant seals. Their numbers increased every year from then on. “In the end,” says Richards, “they protected — and ultimately saved — a whole species.”

By 2020, elephant seal populations have reached nearly a quarter million. They range from Mexico to northern B.C. and the Aleutian Islands. 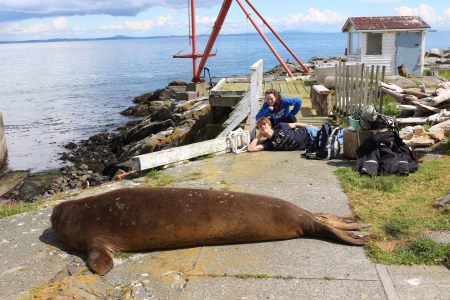 Return from Extinction: The Triumph of the Elephant Seal is for ages 9 – 12.