Giving voice to The Native Voice

Inspired by The Native Voice, an Aboriginal newspaper founded by The Native Brotherhood (and Sisterhood) of B.C., The Road Forward integrates traditional and contemporary musical forms with historical media archives. 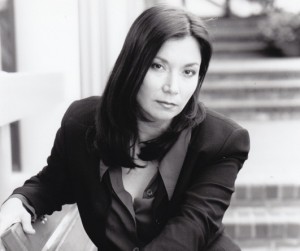 Talonbooks playwright Marie Clements is the main force behind an original, Aboriginal musical.

It will be presented at the York Theatre, at 639 Commerical Drive in Vancouver, Feb. 5-7, during the PuSh Festival.

“The Native Voice chronicled not only the voice and vision of some of Canada’s most prominent and important history makers, it gave insight into the present realities of Aboriginal people across the Americas. It featured the hard-won events that changed our future.”

The first issue of The Native Voice appeared in December of 1946. Its contributors were First Nations and non-aboriginals alike, including the Quaker West Coast novelist Hubert Evans. Its founding editor Ruth Smith was born in Yale and educated at the Coqauleetza residential school in Sardis.

The newspaper partially arose from the resentment and cynicism expressed by returning World War II Aboriginal veterans. Eventually Aboriginal males gained the right to vote in 1949 but B.C. Aboriginals did not receive the federal franchise until 1960. They did not gain unrestricted access to purchase liquor until 1962. The Native Voice was an integral catalyst for change. “The Road Forward follows a long tradition of coming together to create a collective will: to raise our words and voice and answer the call for change.”

Other publicity materials state “The Road Forward was originally conceived to honour the Native women and men of the Native Brotherhood and to raise our hands to the Native women missing and murdered on the Highway of Tears and Vancouver’s Downtown Eastside.”

The Road Forward was first commissioned and performed as a nine-minute piece for the closing performance at the Aboriginal Pavilion for the 2010 Olympics. This performance featured Evan Adams, Byron Chief-Moon, Leela Gilday, Jennifer Kreisberg, Kevin Loring, Pura Fé, Ostwelve and Michelle St. John. The piece included additional vocals by Russell Wallace and Rich Carlson and choreography by Michael Greyeyes. The live performance was set amidst an original sculptural installation by Connie Watts.

As a live performance music video directed by Marie Clements, The Road Forward went on to premiere at over 16 film festivals in North America and Europe. It won Best Music Video at The American Indian Film Festival and Winner of Best in Show (Audience Award) at The Native American Film & Video Festival of the Southeast. Clements’ production company red diva projects was in residence with The Vancouver East Cultural Centre in 2011-2012 and presented a workshop production to a sold out audience at The Push International Performing Arts Festival, February 1st, 2013.