Getting off the couch 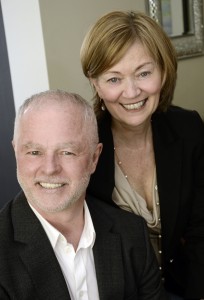 Rethink Addiction:  Is There a Better Way Than AA?

Initially, Michael Pond was employed as a psychiatric nurse before he opened a private psychotherapy practice in Penticton in 1995. For two decades he successfully helped clients battle their addictions. By 2004, page he had a million-dollar lakeside home, a beautiful wife and three handsome sons. Then Pond himself succumbed to alcoholism, losing his practice, his home and his family. By 2008, Michael Pond was homeless, penniless and pathetic. A couple walking their dog during a snowstorm discovered him passed out on a beach, against a log, cradling a bottle of scotch he had stolen from a restaurant.

After Pond woke up in the drunk tank, he was released from jail with nowhere to go. He boarded a minibus labeled “The Fresh Start Recovery Society” and commenced a mandatory detox program. His memoir, The Couch of Willingness (Everywhere Now $19.95) refers to a real couch in a Surrey recovery home where he was forced to sleep until he admitted he was powerless over alcohol and commenced two years of struggling to achieve abstinence.

With his current partner, Maureen Palmer, a television producer, he has now recalled his “harrowing two-year journey to sobriety with stops in abandoned sheds, back-alley dumpsters, ditches, down-and-out recovery homes, emergency wards, intensive care and finally, prison. Just when he gains any measure of sobriety, in sashays his other powerful addiction, Dana, a can of Red Bull in hand, 26’er of vodka in her purse. Pond confronts the destructive power of a relationship where the truly beloved is the bottle.”

Having gained sobriety in 2009, Pond opened a new practice in Vancouver in 2011. His partner Maureen Palmer directs documentaries made with her Bountiful Films partner, Helen Slinger. Her directing credits include How To Divorce & Not Wreck the Kids, Sext Up Kids and, most recently, Angry Kids & Stressed Out Parents for CBC’s Doc Zone.