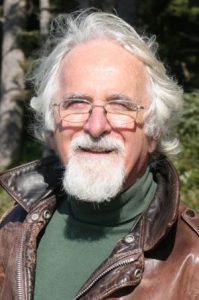 Poet, anthologist, translator and non-fiction author of Medicine Unbundled: A Journey through the Minefields of Indigenous Health Care (Heritage House, 2017), Gary Geddes will receive the 2018 Freedom to Read Award presented annually by The Writers Union of Canada in recognition of work that is passionately supportive of free expression. Past recipients from B.C. include Deborah Campbell, Mohamed Fahmy and Janine Fuller. Geddes’ Medicine Unbundled is one of three shortlisted titles for the George Ryga Award for Social Awareness.

An author of 35 titles, Geddes is donating his royalty earnings from Medicine Unbundled to the Sellemah Scholarship for Indigenous students at the University of Victoria’s School of Environmental Studies.

February 25 to March 3 is Freedom to Read Week in Canada: a national annual celebration that encourages Canadians to think deeply about and value their right to read, write and publish freely. The week has become a regular feature of the annual programming of schools, libraries and literary groups across Canada. Freedom to Read Week is a project of the Book and Periodical Council, the umbrella organization for publishing in Canada. TWUC is a proud partner and supporter of Freedom to Read Week.

Gary Geddes has been one of the most influential literary figures in B.C., having edited a widely used university text, 20th Century Poetry & Poetics (1969) and one of the first modern anthologies of distinctly British Columbian literature, Skookum Wawa (1975), as well as Vancouver: Soul of a City (1986).

Geddes founded two literary presses in Ontario, Quadrant Editions, in 1981, and Cormorant Books, in 1986. He then returned to British Columbia where he lives with novelist Ann Eriksson. With more than 35 titles and counting, Geddes lives by his wits, veering increasingly towards non-fiction.

An exemplary Geddes title is Falsework (2007), an historical memoir and long poem in many voices about the disastrous collapse of the Second Narrows Bridge, now called the Ironworkers Memorial Bridge, in North Vancouver, during its construction in June of 1958. Eighteen workers were killed as well as a rescue diver. The tragedy occurred in the month that Geddes graduated from King Edward High School. “I was working at the time on the waterfront at BC Sugar Refinery,” he recalls, “loading boxcars with 100-pound sacks of pure, white and deadly sugar, so the news did not take long to reach me. What I did not know at the time was that my father had been called out as a former navy diver to stand by in the search for bodies in the wreckage. I’ve carried for a long time the image of him dangling from his umbilical cord of oxygen in that cauldron of swirling water and twisted metal.”