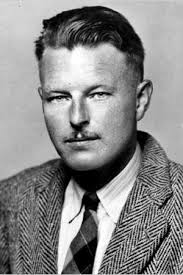 The tourism departments of North Vancouver and Vancouver are not yet smart enough to realize they could capitalize on once being home to Malcolm Lowry. Millions of people around the world know that Lowry, who lived in a shack on the Dollarton mud flats near Cates Park, wrote Under the Volcano,  a 1947 novel that regularly appears on lists when attempts are made to name the twenty most significant novels of the 20th century.

Word has it they are already planning some festivities for next year, likely in October, to commemorate the arrival of Malcolm Lowry and his wife Margerie on the island in 1946–seventy years ago–that gave rise to his novel October Ferry to Gabriola. Anyone who is a Lowry fan, aficionado or a Lowry academic (of which there are many), might like to take note by marking it on the next calendar they receive. In 1946, Malcolm Lowry and his wife Margerie took a small ferry, the Atrevida, to Gabriola Island after he had finished writing Under the Volcano. They were fearful of being evicted from their beachfront shack at Dollarton and were looking for an alternative place to live. Margerie’s friend, Angela McKee, lived on Gabriola and offered to help them find a place.

The novel October Ferry to Gabriola was published posthumously in 1970.

In 2005, playwright Charlotte Cameron moved from Edmonton to Gabriola Island where she soon became fascinated by Malcolm Lowry and his visit to the island. Cameron identified with the Lowrys’ search to find a home where they could live, love and write. Cameron subsequently invented a contemporary couple whose lives mirrored the lives of Margerie and Malcolm and juxtaposed the stories of the two couples for her play, October Ferries to Gabriola.

Another useful reference source is Phyllis Reeve’s article “Malcolm Lowry on Gabriola” in SHALE, No. 18, April, 2008.

Most readers and critics agree October Ferry to Gabriola is not a great novel. But Under the Volcano was ranked eleventh by the editors of Modern Library in their list of the best 100 novels written in English in the 20th century. Set in Mexico on the Day of the Dead, but including a reference to British Columbia as a “genteel Siberia,” Under the Volcano was continuously revised during many of Lowry’s 14 years of intermittent residence in Vancouver and North Vancouver, primarily at two squatter’s shacks at Dollarton, near Deep Cove. A sign saying Malcolm Lowry Walk, located at the beginning of a waterfront trail at the eastern end of Cates Park in North Vancouver, provides some modest recognition for his infamously alcoholic, self-tortured literary life. According to Lowry’s first wife, Jan Gabriel, “he would drink anything.” Malcolm Lowry in North Vancouver during the writing of Under the Volcano.

According to Charlotte Cameron, “Malcolm Lowry and Margerie spent a few days visiting Angela [McKee] and her husband. Alfred McKee had seen them on the ferry and was enchanted by how fun-loving they were, laughing and chasing each other around. Lowry loved Gabriola. He sent the McKees a postcard from Europe saying, ‘They talk about the Blue Danube, it doesn’t compare with the waters of Gabriola. It is so much nicer on Gabriola than here.'”

Having spent parts of sixteen summers on Gabriola Island with his two sons in the 1970s and 1980s, “trying to teach them that there’s a world beyond television, telephones, and playground supervisors, and that’s it’s actually kind of fun to inhabit,”

Former B.C. writer Brian Fawcett stayed at Surf Lodge in 2006. Writing for dooneyscafe.com, he made no mention of Lowry in his comments but said, “I also liked the island for a less conventional reason: its unfriendliness. Visitors to Gabriola don’t have to suffer the artsy insularity of Galiano Island’s unfriendliness, or the elevated sense of self-worth found on Saltspring. Gabriola’s unfriendliness is a look-you-in-the-eye kind, indifference without hostility.” During her career as a public-school teacher in Edmonton (1974-2004), she had several articles about teaching published in The Bell, Book and Candor News. In 2013, Canada’s History (June/July issue) published “The running warrior,” Cameron’s most recent article about Alex Decoteau. Cameron’s book review of Little Comrades by Laurie Lewis appeared in BC BookWorld (2012). Other articles by Cameron have been published in The Edmonton Journal (1994), Western Living Magazine (2004) and Legacy Magazine (2004, 2005, 2006). Cameron was invited to read an excerpt from her short story, The Big Bad Wolf, published in Other Voices (1993), at a gala launch in the Scott Gallery in Edmonton. Another short story, Real Cowboys, was published in Cumulus(1993).

The Surf Lodge will be included as one of more than 160 locations on the forthcoming Literary Map of B.C.

One Response to “Gabriola celebrates Lowry”