From Russia with science 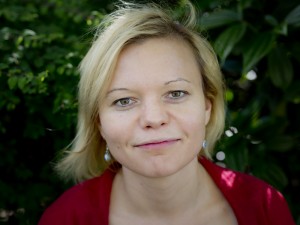 Born in Russia, literary scientist Irina Kovalyova of Vancouver interned for NASA and worked for two years as a forensic analyst in New York City. She has a Master’s degree in Chemistry from Brown University, a doctoral degree in Microbiology from Queen’s University, and an MFA in Creative Writing from UBC.

As a Senior Lecturer in the Department of Molecular Biology and Biochemistry at Simon Fraser University, she released her first collection of experimental short stories, Specimen (Astoria / Anansi 2015), that contains her story ‘Mamochka,’ nominated for the 2012 Journey Prize. It’s about an archivist at the Institute for Physics in Minsk who must come to terms with her daughter’s marriage to a Chinese man in Vancouver.

Other stories are set in North Korea and Gdansk. In the title story, “Specimen,” a teenage girl discovers that she was conceived using a sperm donor. In “Peptide P,” scientists study a disease of the heart that seems to affect children after they eat hotdogs. In “Side Effects,” a woman’s personality is altered by botox injections. In “The Big One,” a woman and her daughter find themselves trapped in the rubble of an underground parking garage after an earthquake.