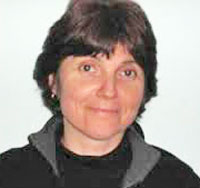 It’s not often you find the writings of a teenager lumped in with those of a man serving a life prison sentence. In Our Own Aboriginal Voice (Rebel Mountain 2016) is a collection of stories that spans such diverse experiences because most First Nations writing, by definition, includes difficult and treacherous life paths.

The book from recently-established Rebel Mountain Press will be launched at the Vancouver Central Library on December 3, from 2 to 3 pm. Several of the contributing authors will be on hand to read from their stories, poems and plays. They will include Michael Calvert, Mary-Ann Chevrier, Maryann Dick, Kevin Henry, Spencer Sheehan-Kalina, Kris Skinner, Jerry Smaaslet and Joe Starr.

“In compilations as this, there is opportunity to explore the depths of cultural knowledge,” writes Da’naxda’xw Awaetlala Nation member Terri Mack in the book’s forward, adding, “…we find many bumps in the journey as each new layer of ourselves, our past, our ancestor’s past, reveal themselves to us. Those moments of pain, of shame, of pride and of love are all interspersed with the continued onslaught of contemporary views and news.”

Dominant similarities that Mack feels connects many First Nations include, “Our mutual desire to learn where we came from and to replicate what was once an amazing culture that we feel incredibly proud of belonging to.” Through telling their own stories, Mack says that aboriginals can discover their roots and that endeavour has never been so important. Their stories, “Feed us. They make us strong,” writes Mack. “The time for our own stories has arrived, our own written words, our own voices.” The life story of Jerry Smaaslet, from the Carrier Sikanni clan in Fort Ware, B.C., starts tragically but evolves to a period of hard-earned wisdom. This Is My Story – In My Own Voice relates how he grew up with abusive foster parents. “They told me that all Indians were beggars, thieves, and savages. They whipped me with a horses’ harness and flogged me with a willow branch. My foster mother would make me undress to my underwear then force me to kneel on beans in a corner for a half-hour at a time.”

By the time Jerry Smaaslet was ten years old, he says he was, “…full of anger and hatred. I lived in fear of being punished, abused, and assaulted. I hated everyone and bitterness ruled my life.”

Turning to booze and drugs, his solution for solving problems, “meant hitting someone or breaking something. I had no idea how to live.”

He eventually landed in jail. The story does not tell of the circumstances that led to his life sentence. Rather he focuses on getting clean and finds peace in traditional First Nation teachings: the Red Road and the Seven Sacred Teachings of the Grandfathers and Grandmothers. “This path does not tell me how to solve my problems, however; it simply offers a way to seek my own answers and find the courage to fight for who I truly am – in a good way that harms no one, least of all myself.”

Smaaslet has advice for others entering the uncharted waters of adulthood. “My message and advice to young people today is, ‘Do not do as I did, by not telling a loved one or asking an Elder for help – that is what they are there for.”

In a second story, Medicine Wheel, Smaaslet outlines an aboriginal method for leading a good life. It’s good counsel for someone like Kirsten Sam, a young Tseshaht First Nation writer attending high school in Port Alberni. Her poem Teenagers is a searing expose of the anger, cynicism and ultimately confusion experienced by aboriginals leaving childhood behind while trying to negotiate the rough terrain leading to adulthood.

“We get no sleep because we do homework and study all night just to
end up with a big F on that test.

Getting high used to mean being on a swing; not smoking.

Using protection meant using a helmet. We tried to grow up too fast.

Remember when boys had cooties and enemies were just your

siblings? Race issues were who ran the fastest.

War was a card game.

Drugs were just for colds,

and skinned knees were the only pain felt.

Being a teenager is overrated.” In Our Own Aboriginal Voice is edited by Lori Shwydky. She is currently in her fourth year (honour roll) at Vancouver Island University, majoring in Creative Writing & Publishing. She  has also completed various writing for children & young adult courses at the University of British Columbia. Shwydky has been on the Dean’s Honour’s list at VIU since 2012 and she was the recipient of Meadowlarks Award 2014 for outstanding achievement in Creative Writing.

In 2015, Lori Shwydky founded Rebel Mountain Press in Nanoose Bay and holds the position of managing editor. She was a team member in the creation of Portal magazine (2013-14) acting in the roles of fiction editor, copy editor, and business manager.

She is a board member of the Young Readers Choice Awards Society and publishers’ liaison for the Red Cedar Book Awards. She completed an internship with book publisher Ronsdale Press in Vancouver in the spring of 2014.

She lives in Nanoose Bay.